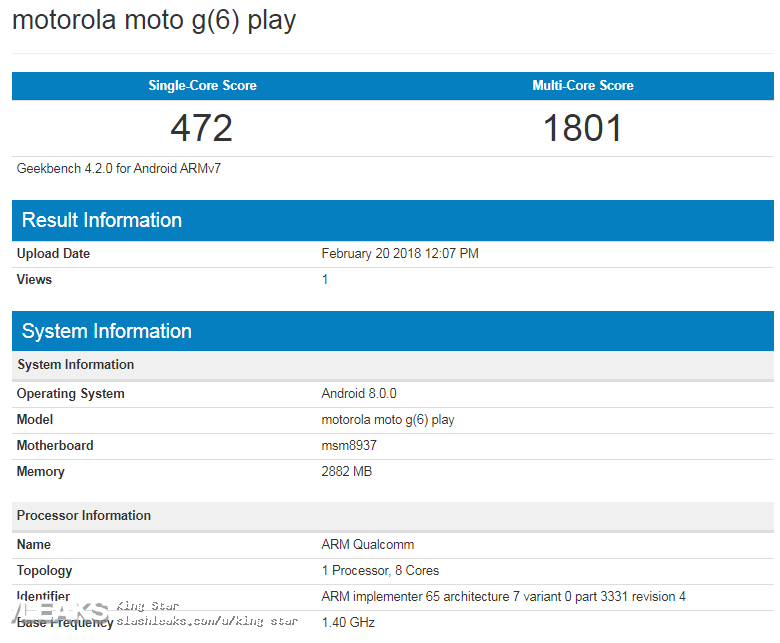 Motorola is soon expected to announce the next generation of Moto Smartphones. The Moto G6 series is expected to go official in MWC this year.

Now we have something interesting about the upcoming Moto G6 Play. The Motorola Moto G6 Play is now spotted visiting the benchmarking website Geekbench. As per the Geekbench listing, the Moto G6 Play comes with an Octa-Core Qualcomm Snapdragon 430 mobile platform. It also comes with a good enough 3GB of RAM.