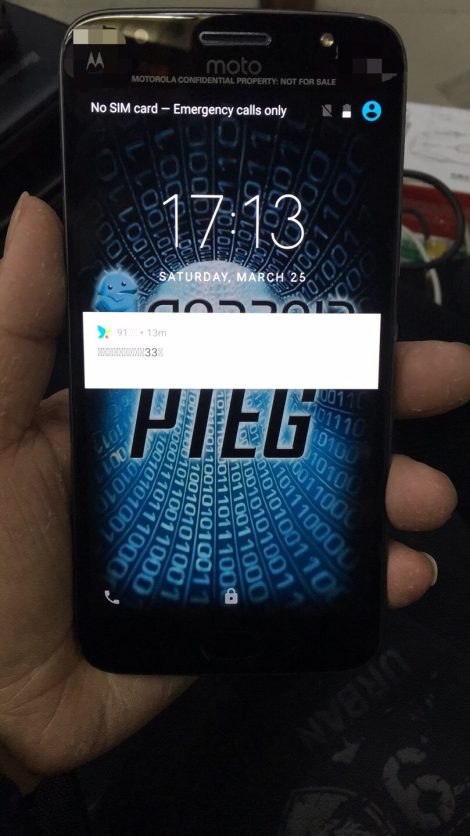 Recently​we reported about a new upcoming smartphone from Motorola. The Motorola Moto X(2017) was leaked recently with dual camera setup on the back. It is also worth mentioning that the upcoming Moto X of 2017 is just a Moto Z Play with improved camera and a body of Moto G5.

Now we have some more information about the 2017 Motorola Moto X. The latest leak is about it’s specifications and the codename being used in the company for it.

So what actually it is a Motorola Moto Z Play with a dual camera setup and new design. We hope for more improvements to the legendary Moto X series.