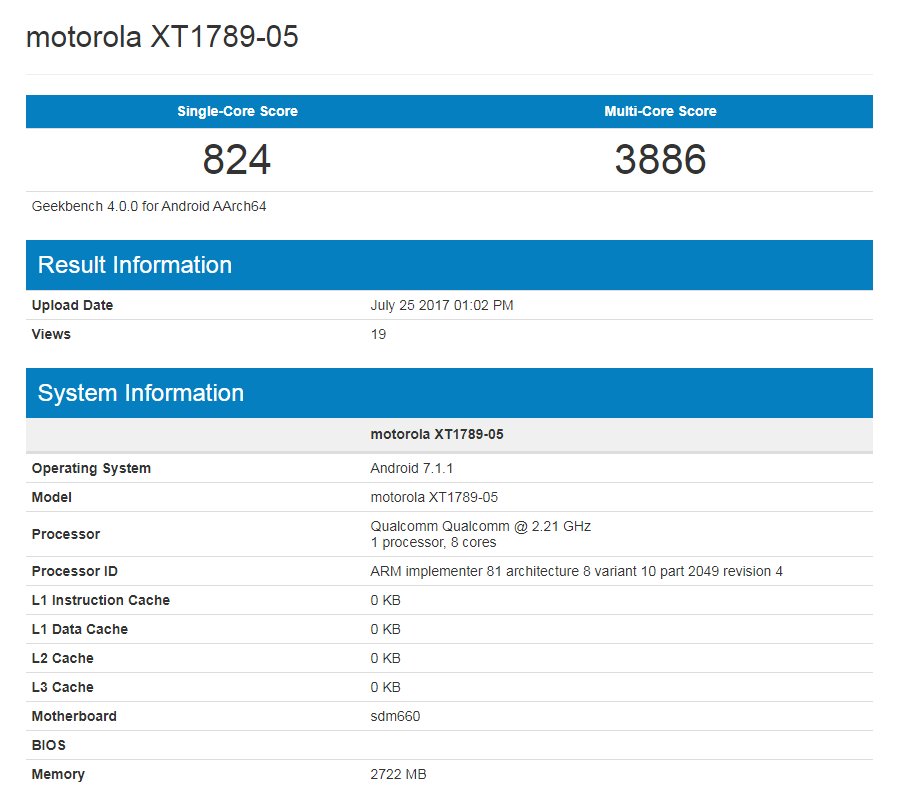 Motorola Moto X4 is coming and it’s no secret. The smartphone has been spotted online many times previously. It was recently spotted visiting the benchmarking site GFXBench.

Now we have another important update about the upcoming Motorola Moto X4. The latest leak takes it to Geekbench where we have some specifications of the device mentioned.