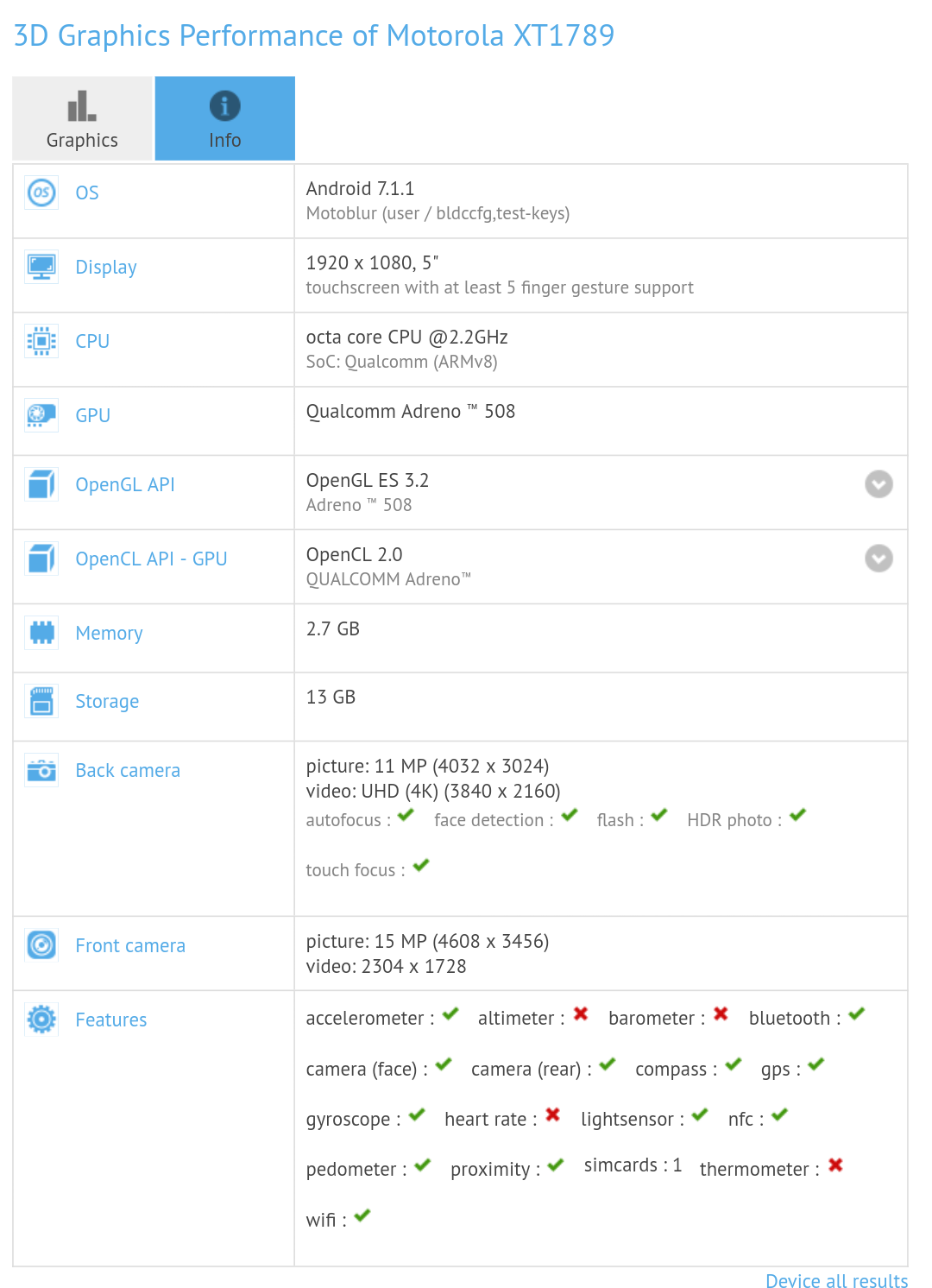 The smartphone has been leaked previously many times. Recently we reported about some leaked information about the upcoming Motorola Moto X4.

Now the Motorola Moto X4 smartphone has been spotted visiting the benchmarking site GFXBench. The GFXbench listing seems to be little disturbed. As per the GFXBench listing, the Motorola Moto X4 comes with 5-inch Full HD (1920x1080p) display on the front. The smartphone comes with 3GB of RAM and 16GB of internal storage in it. It is powered by an Octa-core Qualcomm Snapdragon 630 mobile platform at a clock speed of 2.2GHz.

Coming to the camera department, the Motorola Moto X4 comes with 12MP of main camera with LED flash. On the front, it comes with 16MP sensor.