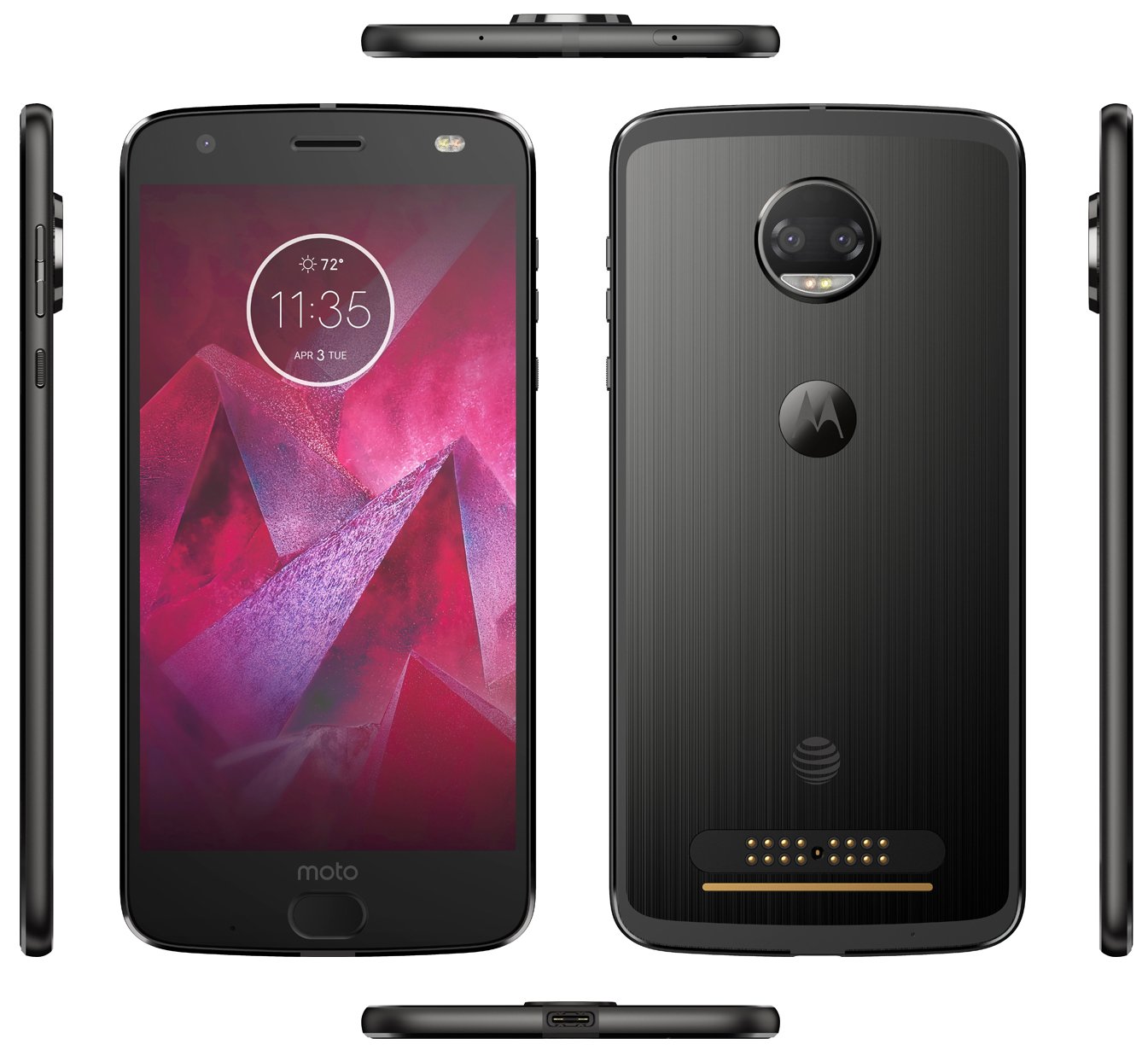 Motorola has already unveiled the mid range Moto Z2 Play smartphone earlier in June. The Moto Z2 Play is lighter variant of original Moto Z2 which is yet to be unveiled.

The Motorola Moto Z2 was recently reported to be spotted visiting the benchmarking site AnTuTu. AnTuTu listings always reveal some major specifications of any device. It was expected to be unveiled on 27th June along with the Moto Z2 Force but that didn’t happen. It was also recently spotted visiting the benchmarking site Geekbench  and was leaked in Gold color recently with blue cover on it.

Now we have a new press render of the upcoming Motorola Moto Z2 Force. The Moto Z2 Force is shown in dark Grey color. The render shows us Moto Z2 Force heading to AT&T in the US. It has got similar design like the Moto Z2 Play which is already available for purchase. The power and volume buttons are located on the right side. The front camera of Moto Z2 Force brings LED flash with it. Fingerprint scanner is also present on the front, similarly to the Moto Z2 Play.