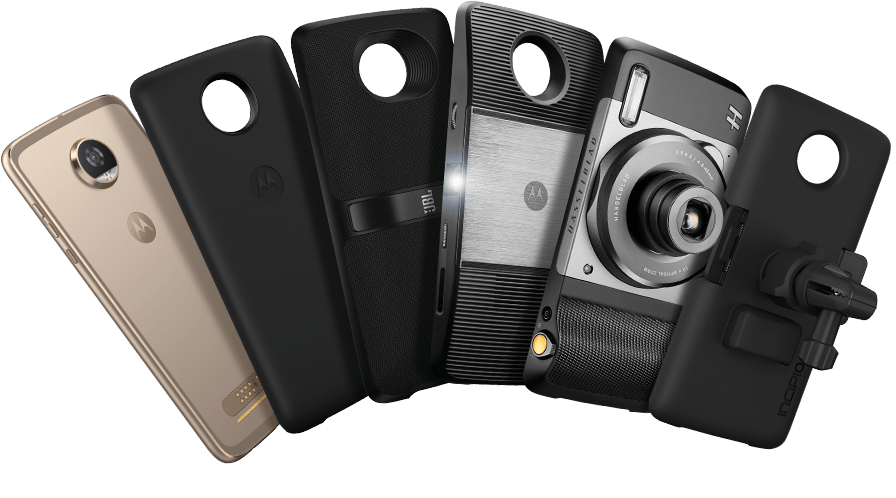 Now we have some more information about the devices. The Motorola Moto Z2 is now listed on the official Motorola website in China. It is listed with Motorola Moto Mods. Some Mods listed online are Hasselblad True Zoom Camera mod, Portable Photo Printer Mod, Turbo Power Battery Case Mod, 360 Camera Mod, JBL Speaker and the GamePad from Motorola.