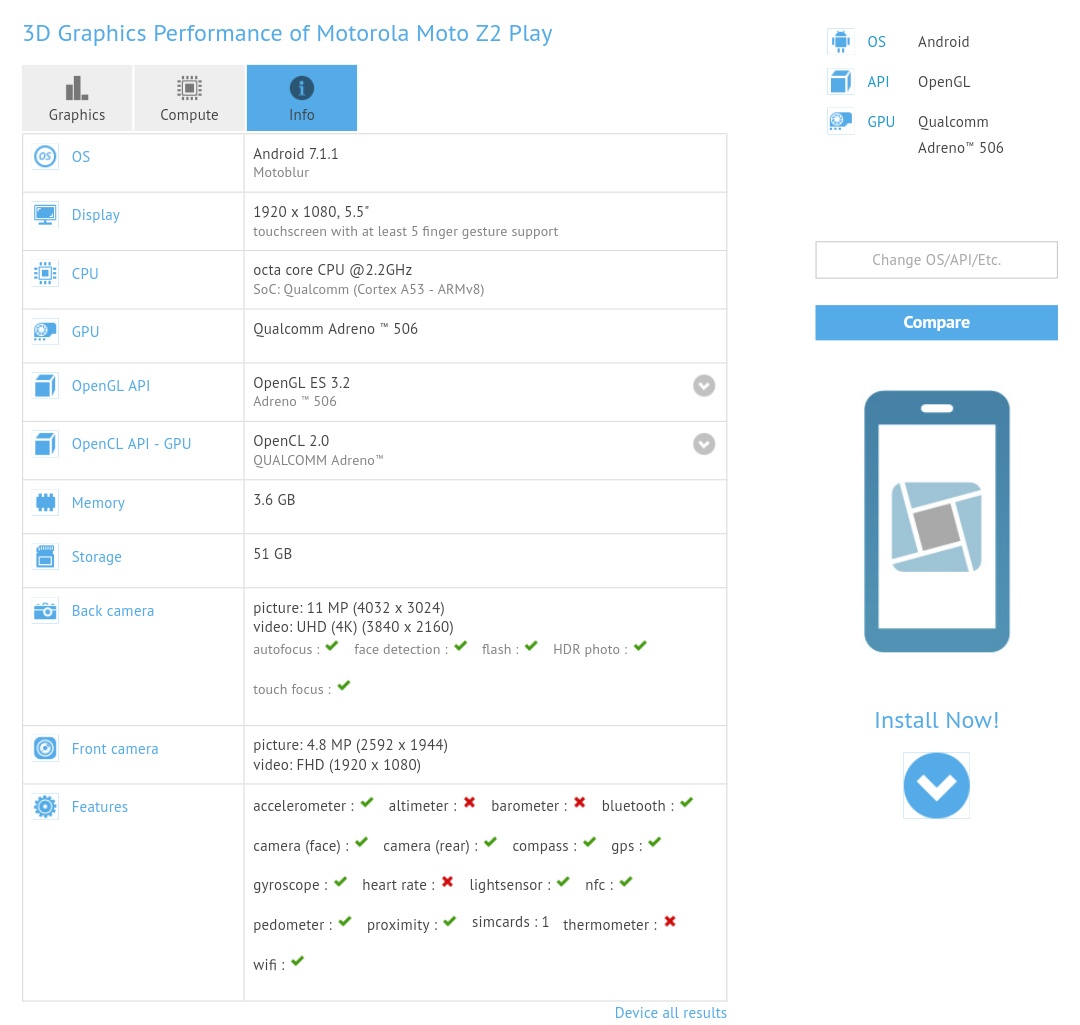 Motorola Moto Z2 Play is the upcoming mid range smartphone from Lenovo owned company Motorola. It is actually going to be the successor to last year’s Moto Z Play.

Now the smartphone itself had visited the benchmarking site GFXbench. GFXbench listing has a very good record of showing nearly all the specifications of an upcoming product. The latest listing of GFXbench shows Motorola Moto Z2 Play. As per the GFXbench listing, the Moto Z2 Play comes with 5.5-inch full HD (1920x1080p) display on the front. The smartphone is benchmarked with 4GB of RAM and 64GB of native storage. We are pretty sure that Motorola will provide us a slot to insert a microSD card. It is getting power from an improved Octa-Core Qualcomm Snapdragon 626 chipset which is clocked at 2.2GHz with 8 cores.

Photography enthusiasts get a new 12MO camera sensor on the back. It could be the same camera sensor found on the Moto G5 Plus with dual pixel tech. On the front, it has 5MP camera​.