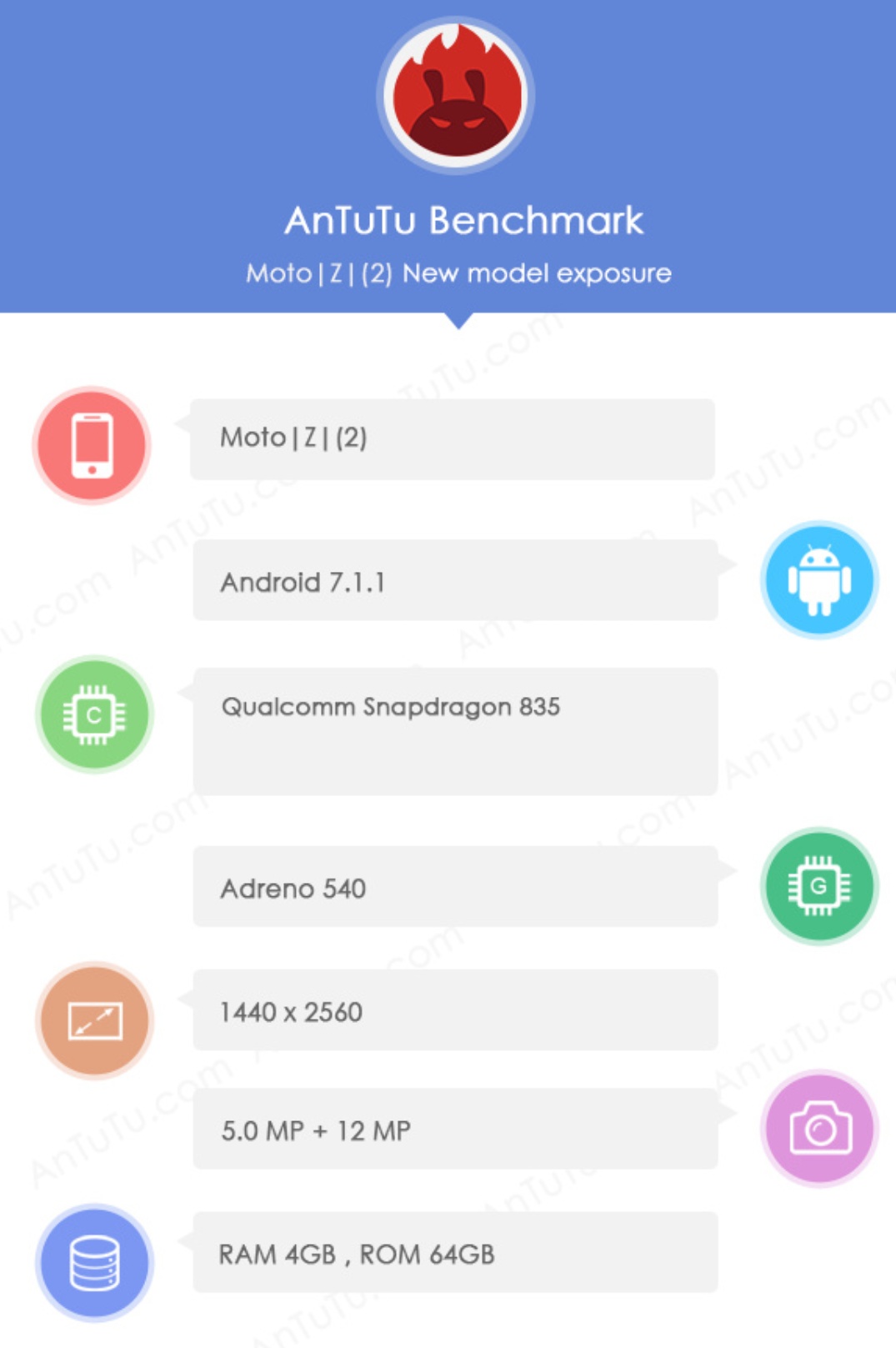 Earlier today we reported about the expected official date of unveiling of Moto Z2 . The Moto Z2 will be officially unveiled on 27th June along with the Moto Z2 Force.

The Motorola Moto Z2 was recently spotted visiting the benchmarking site Geekbench. It was leaked in Gold color recently with blue cover on it.

Now we have another information that takes us one step closer towards the official unveiling and information about the upcoming Motorola flagship. The Motorola Moto Z2 has now been spotted paying a visit to one of the benchmarking sites, AnTuTu. The AnTuTu listing shows some major specifications of the Moto Z2. It comes with a Quad HD (2560x1440p) display on the front. The smartphone comes filled with 4GB of RAM and 64GB of internal storage in it. There is an Octa-Core Qualcomm Snapdragon 835 SoC in the Motorola Moto Z2.

The Moto Z2 will be officially unveiled with 12MP of main camera and another 5MP sensor on the front.