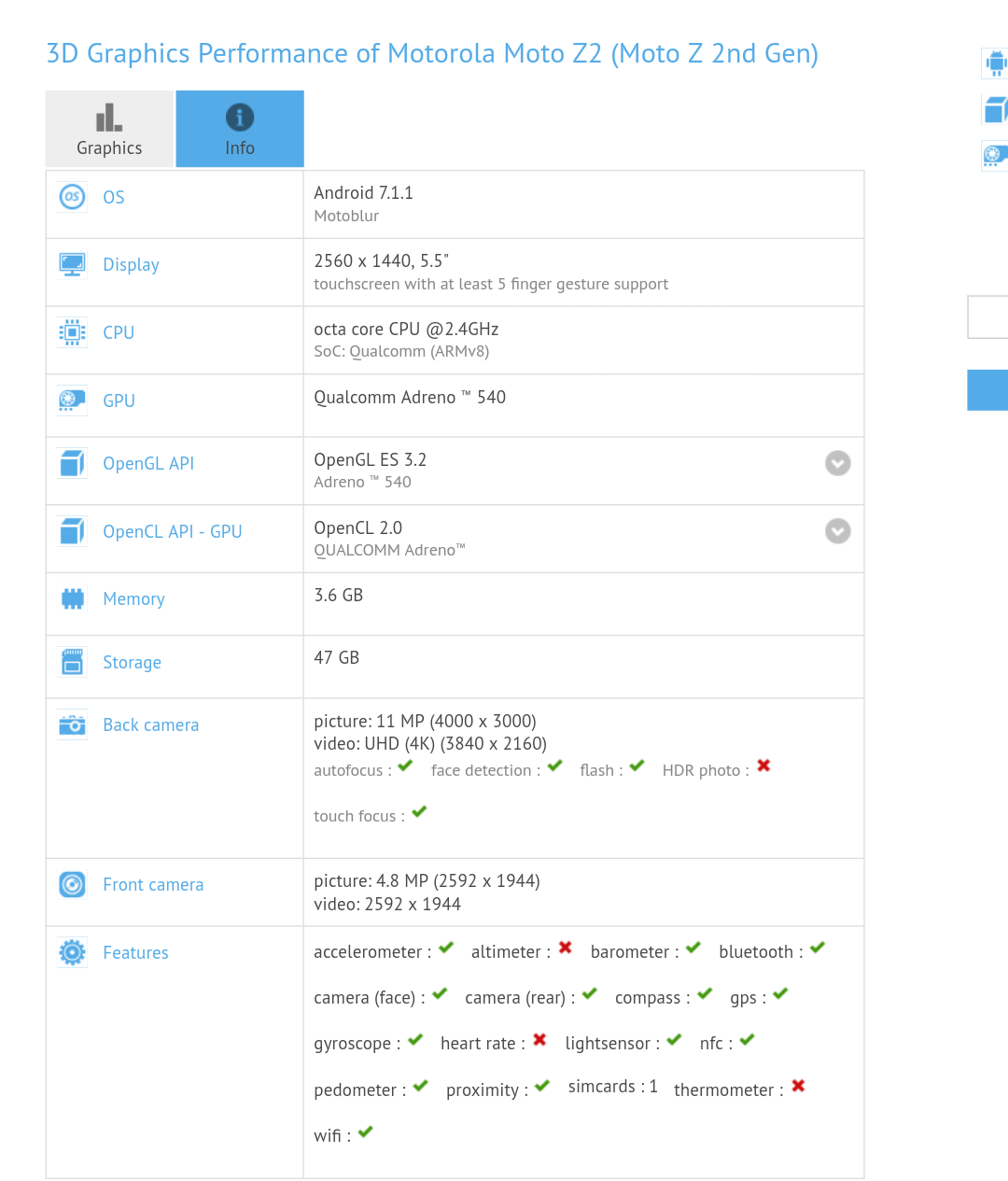 Motorola is soon expected to release the Moto Z2 smartphone as a flagship product for 2017. The Motorola Moto Z2 is expected to boast dorm high end features that make it true flagship.

The Motorola Moto Z2 was recently reported to be spotted visiting the benchmarking site AnTuTu. AnTuTu listings always reveal some major specifications of any device. It was expected to be unveiled on 27th June along with the Moto Z2 Force but that didn’t happen. It was also recently spotted visiting the benchmarking site Geekbench  and was leaked in Gold color recently with blue cover on it.

Now we have something that tells us more about the upcoming Motorola Moto Z2 smartphone. The Moto Z2 is now seen visiting the another benchmarking site GFXBench. The GFXbench listing shows Motorola Moto Z2 with 5.5-inch display with a resolution of 2560x1440p. It comes with 4GB of RAM and 64GB of native storage in it. The next Motorola flagship smartphone is powered by the flagship Snapdragon 835 chipset.

The Motorola Moto Z2 smartphone comes with Android Nougat 7.1.1 out of the box. In the camera department, the Moto Z2 is equipped with a 12MP of main camera. On the front, it has got a LED flash.