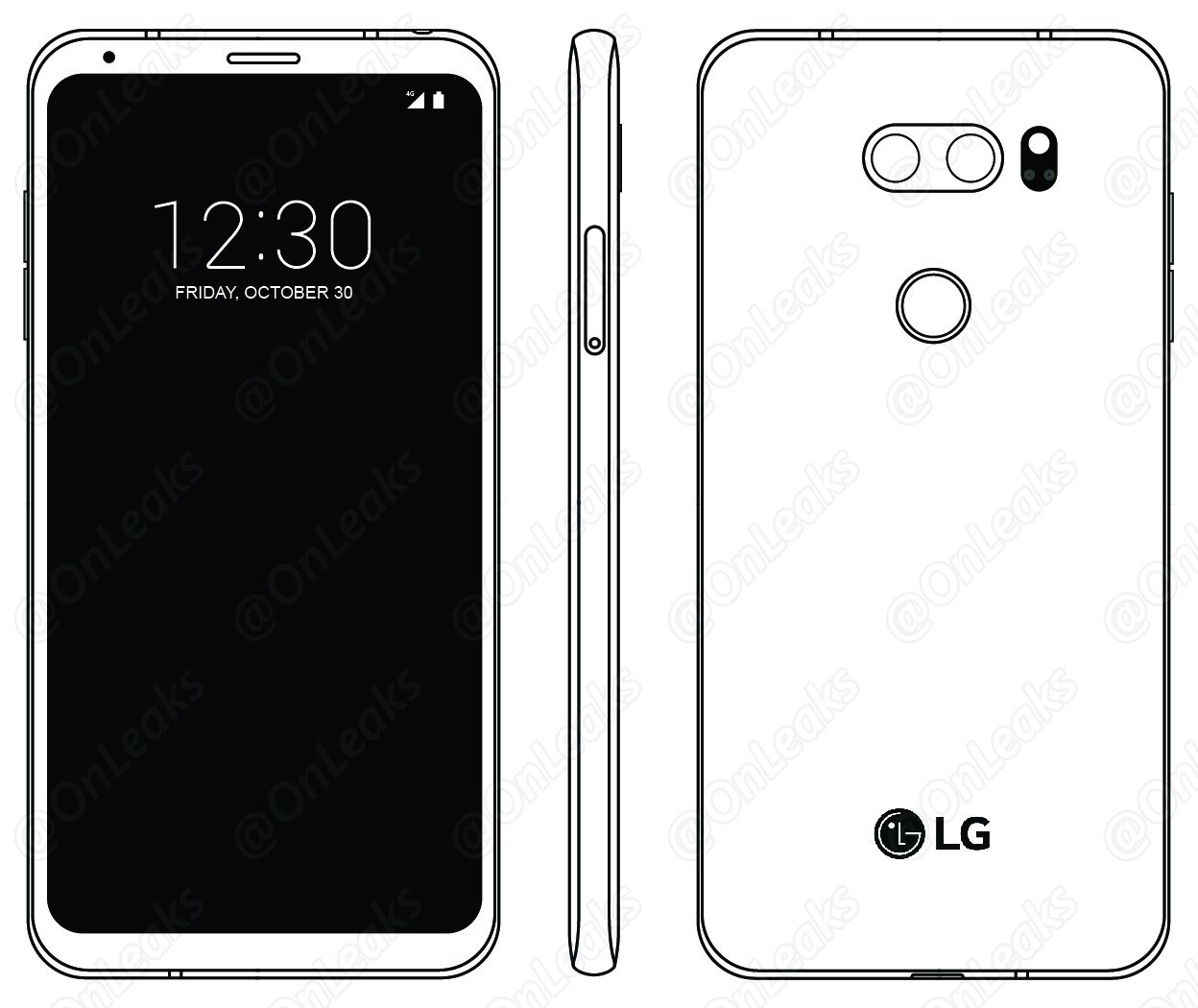 The LG V30 was recently leaked online with a protective case on Tha back of it. The official date of unveiling for the LG V30 is already set to be on 31st August in Berlin. The smartphone was leaked with front panel showing everything possible. It was also reported to come with 6GB RAM and Snapdragon 835 chipset. The smartphone was also leaked online showing it’s back panel.

Now we have more details about the device. The smartphone has been leaked online with neat sketch. It is leaked in white and black sketch. As per the sketch, the device comes with display with an aspect ratio of 18:9 . It has rounded corners on the edges (in display). The smartphone comes with Sim tray on the right. It has got a fingerprint scanner on the back side below the camera module. There is a dual camera setup on the back side.