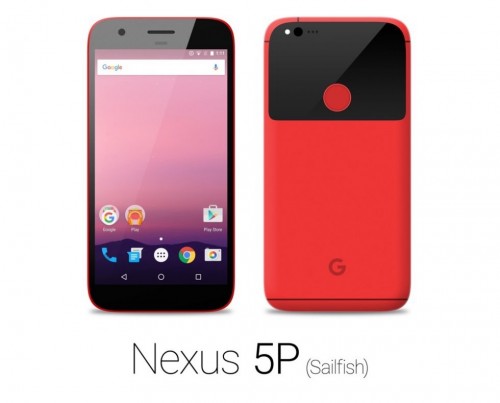 We have seen several leaks & rumors about the upcoming Nexus devices from Google. It is also rumored that this year, the Nexus will be made by HTC. The HTC Nexus codenamed Marlin was already leaked with HD render & Specifications .

Noq we have some more information about the other Nexus devices leak which was called Sailfish as the codename. The Nexus 5P(Sailfish) has now been leaked with 4 color variants showing.

The color variants will include Grey, White. Dark Grey & Red.

Now if we take a look at the leaked renders of these two devices (Marlin & Sailfish) , it is quite clear that both the device will have new ‘G’ logo from the font of Google’s logo. Seems like the company is giving up the ‘Nexus’ logo for the ‘G’ logo of Google. There will be fingerprint scanner on the back. It will ba having a clear black design on the upper half of the back side. There will be rear camera on the top left but the LED flash will ait before that. Speaker setup is expected to be near to the camera