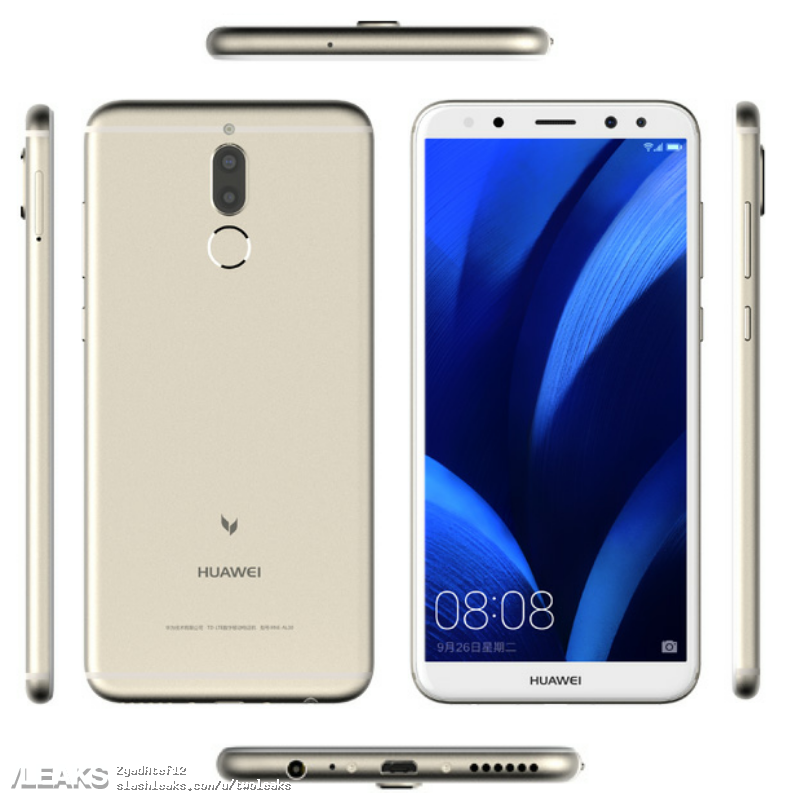 Now we have one more information about the Huawei Maimang 6 smartphone. The smartphone is leaked in HD render this time. The leaked render shows the Huawei Maimang 6 in Gold color variant. It shows the device from all the angles. At the bottom, the device has 3.5mm headphone jack and Micro USB port. The device has a secondary microphone on the top. On the left, it has SIM tray or even the Micro SD card slot. Right side houses volume and power buttons.