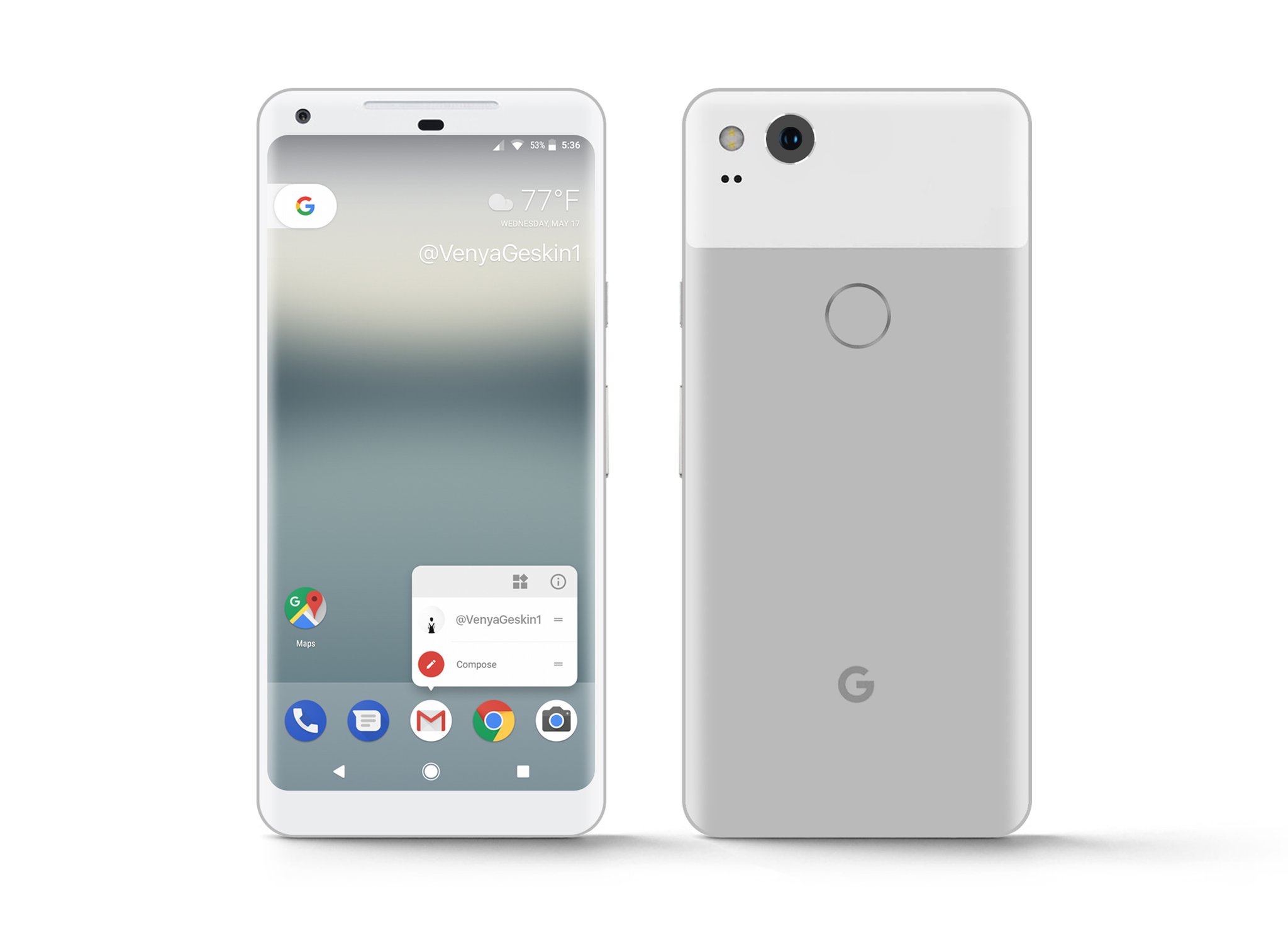 Yesterday we reported about the very first HD renders of the upcoming smartphone from Google, the Google Pixel. The Google Pixel XL 2 was yesterday leaked in Black color variant.

We have already seen some leaks and rumors about the upcoming 2nd gen Pixel smartphones from Google. The Google Pixel XL 2 was already spotted visiting the benchmarking site GFXBench. The Google Pixel​ 2 was spotted in HD render with 18:9 display and Snapdragon 836 SoC.

But now we have some more renders of the upcoming Google Pixel XL 2. The new renders show us the upcoming Pixel XL 2 smartphone in Very Silver and Really Blue colors this time. Both the renders look amazing. As per the leaked information the Google Pixel XL 2 comes with 6-inch Quad HD+ display. Although it was spotted on GFXbench with 5.6-inch display only. The front of the device has 18:9 display with rounded corners like the Galaxy S8 series. The earpiece location is on the top, similarly like the Motorola smartphones. The front camera is also clearly visible in the black.

At the back, you get the main camera along with single LED dual tone flash. The camera module seems to be bigger this time. It has got a metallic right also alongside the camera port. Back side also houses the fingerprint scanner as well.