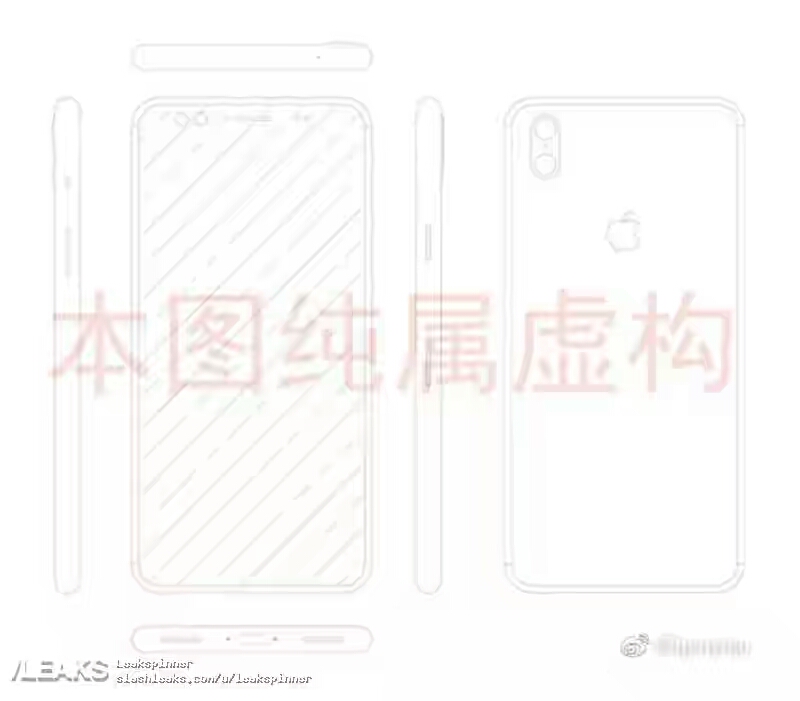 iPhone 8 is the upcoming iPhone from Apple. It is expected to be named as iPhone 8 because with this, the company wants to celebrate 10th anniversary of iPhone. To make the 10th anniversary special, the company is preparing for something amazing. They are opting for Edge to Edge curved OLED display panels. We have already reported much about the OLED panels of iPhone 8.

Apple had signed up a contract with Samsung to supply OLED display panels for 2 years  . It was also reported that Apple had ordered as much as 70m OLED panels to Samsung.

Now we have got another leak about the upcoming iPhone 8. The latest leak is nothing but just a sketch of what it could look like. The sketch is in very light shape with all the major things covered.

If we take a look at the sketch itself, it shows a new dual camera setup on the back with vertically ​placed camera sensors. The LED flash sits in between the two sensors. It has got Power button on the right side. The volume rocker buttons are placed on the left. On the front, it has nothing but just a plain display. There is no sign of home button. At the bottom, it has two speaker grills . The lightning connector port or USB Type-C port is located in between the two speaker grills at the bottom. On the front, it seems to have a revolutionary 3D camera.

It is a bit odd to see vertically placed camera sensors on the back. But this could be what Apple is planning. We’ll get to know ​this when the device is official.