Skip to content
You are here
Home > Featured > Nokia coming back with Android phones & tablets. HMD to be the only global partner 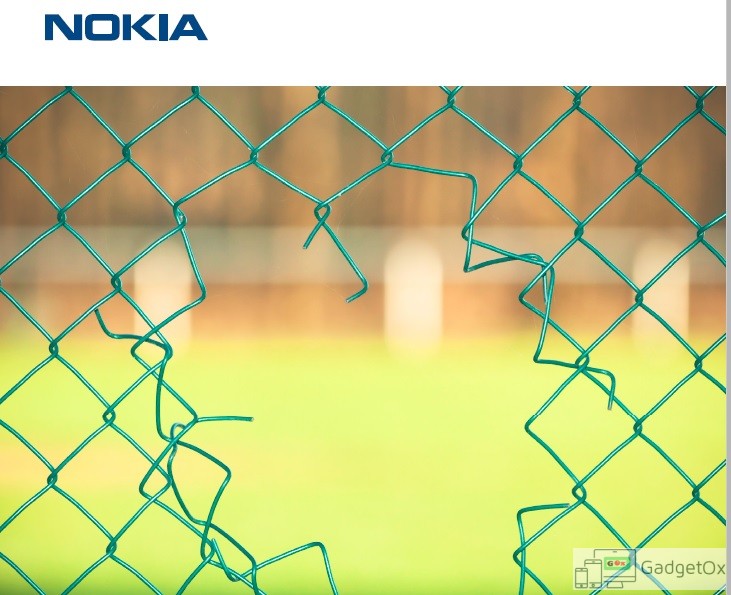 Microsoft acquired Nokia in November 2013 & completed the deal on April 25, 2014. With this deal, the company got the licensing to use the Nokia branding also in their future devices. The company was using the ‘Nokia’ name in their smartphones but later it was changed & the company started using ‘Microsoft’ in their smartphones but feature phones from Microsoft Mobile were still using the ‘Nokia’ branding on the top & everywhere else but accessories used to come with ‘Microsoft’ branding.

Recently Microsoft announced that they are selling the feature phone division to FIH Mobile Ltd., a subsidiary of Foxconn, and HMD Global Oy. This deal will soon be closed & now there are more things happening in the mobile phone world. Now Nokia technologies have announced that they are coming back to Mobile & Tablets market with exclusive partnership with HMD-a newly founded company in Finland.  The company has announced this new on their official website with the headline, “Nokia signs strategic brand and intellectual property licensing agreement enabling HMD global to create new generation of Nokia-branded mobile phones and tablets.”  HMD and Nokia Technologies have signed an agreement with FIH for manufacturing of Nokia branded devices. The companies has also agreed that Nokia will provide HMD with branding rights and cellular standard essential patent licenses in return for royalty payments, but will not be making a financial investment or holding equity in HMD.

We can say that we are welcoming Nokia with open arms as it was a legend in the mobile world but everything went in vein. The company had to sell out it’s smartphone business to Microsoft & had nothing major left. The company also made many lay-offs. It was aver hard decision for the company & for us also because there were & still many fans of Nokia in the whole world.

Nokia has announced plans that will see the Nokia brand return to the mobile phone and tablet markets on a global basis. Under a strategic agreement covering branding rights and intellectual property licensing, Nokia Technologies will grant HMD global Oy (HMD), a newly founded company based in Finland, an exclusive global license [1] to create Nokia-branded mobile phones and tablets for the next ten years. Under the agreement, Nokia Technologies will receive royalty payments from HMD for sales of Nokia-branded mobile products, covering both brand and intellectual property rights.

HMD has been founded to provide a focused, independent home for a full range of Nokia-branded feature phones, smartphones and tablets. To complete its portfolio of Nokia branding rights, HMD announced today that it has conditionally agreed to acquire from Microsoft the rights to use the Nokia brand on feature phones, and certain related design rights. The Microsoft transaction is expected to close in H2 2016. Together these agreements would make HMD the sole global licensee for all types of Nokia-branded mobile phones and tablets. HMD intends to invest over USD 500 million over the next three years to support the global marketing of Nokia-branded mobile phones and tablets, funded via its investors and profits from the acquired feature phone business.

Nokia-branded feature phones remain one of the most popular choices of mobile phone in many markets around the world today, and HMD will continue to market them as part of an integrated portfolio alongside a new range of smartphones and tablets. HMD’s new smartphone and tablet portfolio will be based on Android, uniting one of the world’s iconic mobile brands with the leading mobile operating system and app development community.

As also announced today by FIH Mobile Limited (FIH), a subsidiary of Hon Hai Precision Industries (trading as Foxconn Technology Group), the remainder of Microsoft’s feature phone business assets, including manufacturing, sales and distribution, would be acquired by FIH. HMD and Nokia Technologies have signed an agreement with FIH to establish a collaboration framework to support the building of a global business for Nokia-branded mobile phones and tablets. This agreement will give HMD full operational control of sales, marketing and distribution of Nokia-branded mobile phones and tablets, with exclusive access to the pre-eminent global sales and distribution network to be acquired from Microsoft by FIH, access to FIH’s world-leading device manufacturing, supply chain and engineering capabilities, and to its growing suite of proprietary mobile technologies and components.

Nokia will provide HMD with branding rights and cellular standard essential patent licenses in return for royalty payments, but will not be making a financial investment or holding equity in HMD.  Nokia Technologies will take a seat on the Board of Directors of HMD and set mandatory brand requirements and performance related provisions to ensure that all Nokia-branded products exemplify consumer expectations of Nokia devices, including quality, design and consumer focused innovation.

HMD would be led, once the Microsoft transaction closes, by Arto Nummela as CEO, who previously held senior positions at Nokia and is currently the head of Microsoft’s Mobile Devices business for Greater Asia, Middle East and Africa, as well as Microsoft’s global Feature Phones business. HMD’s president on closing would be Florian Seiche, who is currently Senior Vice President for Europe Sales and Marketing at Microsoft Mobile, and previously held key roles at Nokia, HTC and other global brands.

Ramzi Haidamus, president of Nokia Technologies, said:“Today marks the beginning of an exciting new chapter for the Nokia brand in an industry where Nokia remains a truly iconic name. Instead of Nokia returning to manufacturing mobile phones itself, HMD plans to produce mobile phones and tablets that can leverage and grow the value of the Nokia brand in global markets. Working with HMD and FIH will let us participate in one of the largest consumer electronics markets in the world while staying true to our licensing business model.”

Arto Nummela, CEO-designate of HMD, said:“We will be completely focused on creating a unified range of Nokia-branded mobile phones and tablets, which we know will resonate with consumers. Branding has become a critical differentiator in mobile phones, which is why our business model is centered on the unique asset of the Nokia brand and our extensive experience in sales and marketing. We will work with world class providers in manufacturing and distribution to move quickly and deliver what customers want.”

Vincent Tong, Chairman of FIH, added:“We are looking forward to fostering a strong and long-term collaboration with HMD global and Nokia. We are impressed by the experience and expertise of the HMD management team and are committed to supporting them with our manufacturing, technology and supply chain capabilities, to capture market opportunities together in the future.”