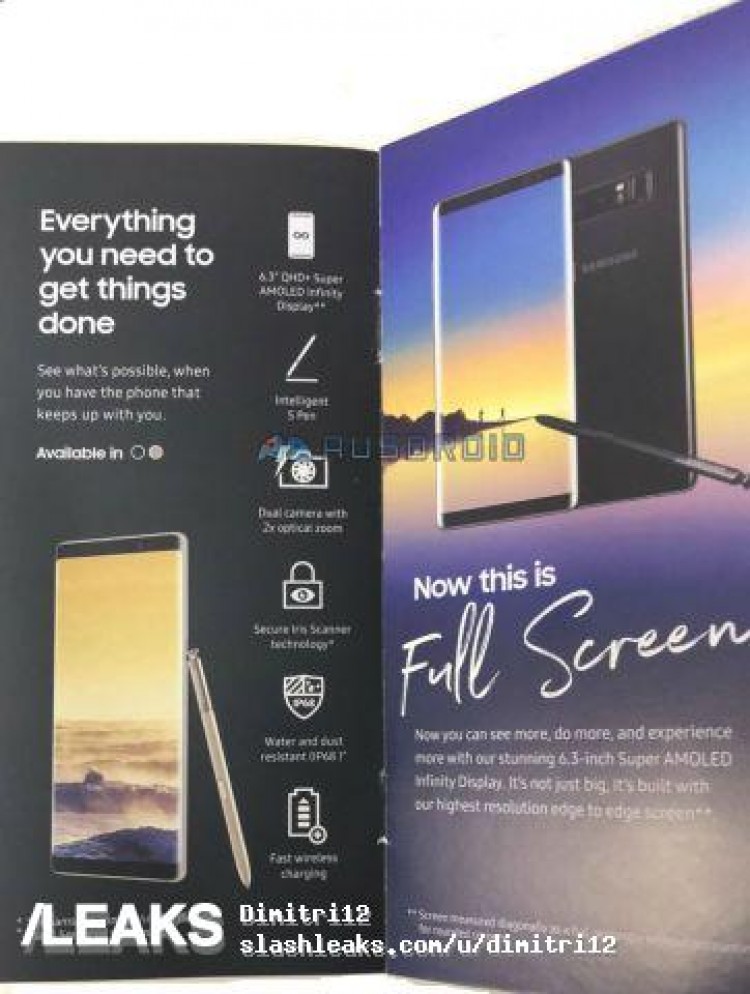 Samsung Galaxy Note 8 has been leaked previously many times. It is the upcoming phablet smartphone from Korean giant with hugs display.

Now we have some more material about the upcoming Galaxy Note 8 smartphone. The latest one is all about promotional materials and brochures of the Galaxy Note 8. Someone clicked photographs of official brochure of Samsung Galaxy Note 8 which was to be distributed to retailers.