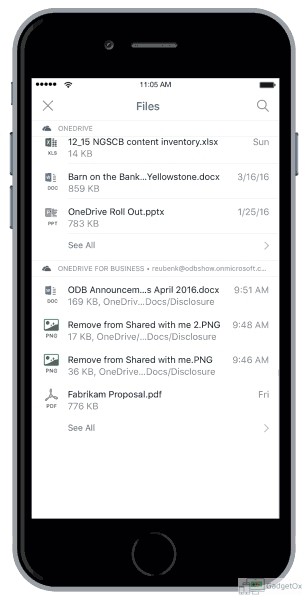 Today Microsoft released new featured pack update for their OneDrive and Skype on iOS devices. With Skype update now you can easily invite friends by tapping on ‘invite friends on skype’ and then selecting. The latest update takes the app version to 6.17.1.0. Check out full change log below.

What’s new in latest update
• Add new friends by opening your Contacts, tapping ‘Invite friends to Skype’ and selecting who you want to join.
• Improvements to voice and video call quality.
• Fixed bug that prevented some users to automatically sign in.

On another side, OneDrive also snagged a new update. With this update company has fixed some minor bugs in app which was reported by users. The latest update takes the app version to 7.3.0.0. Check out full change log below.

Both the app update is now available for download. Make sure that you hit following link to grab it.