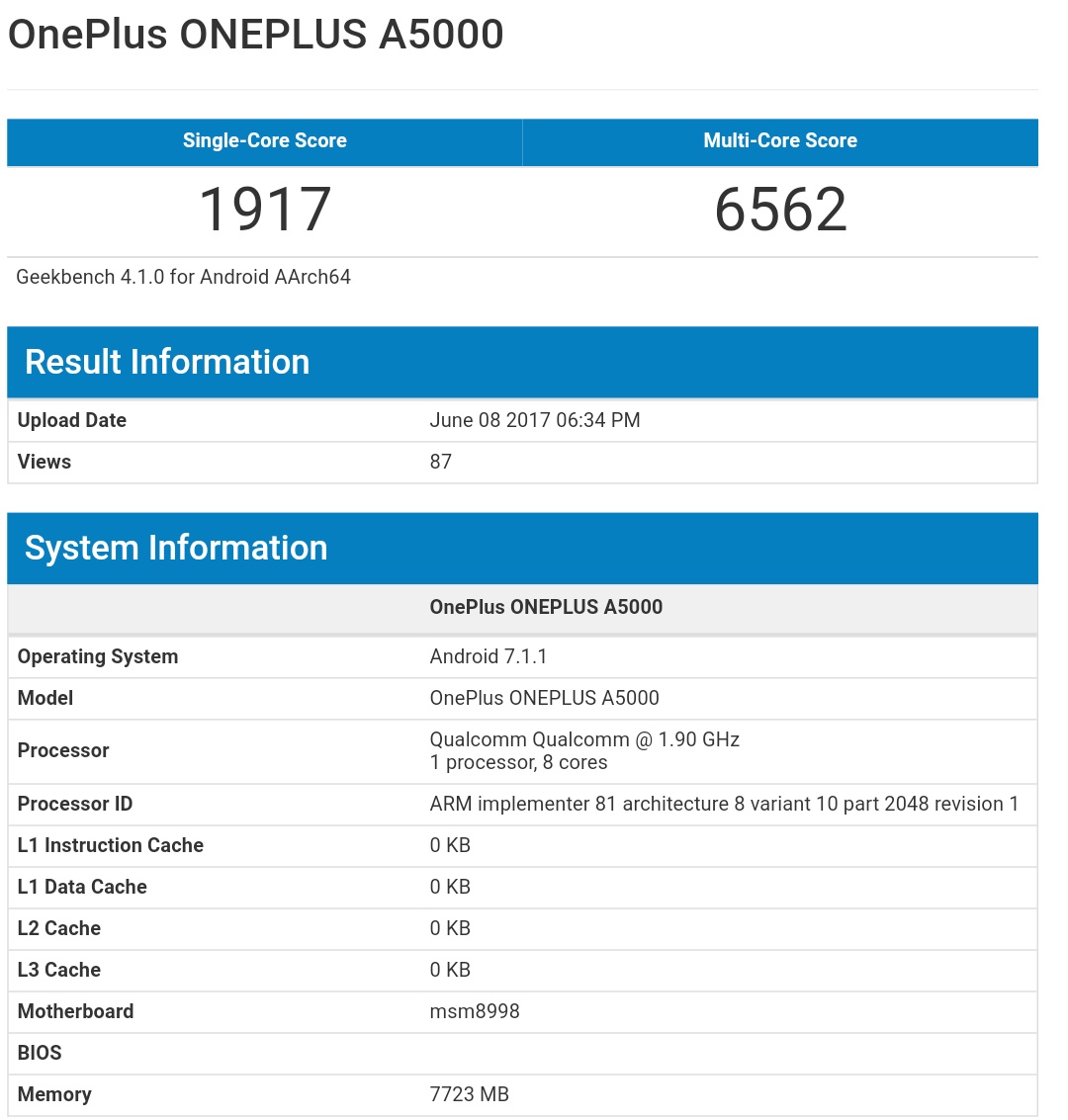 Yesterday we reported about the official press render of OnePlus 5 showing the device from the back side with dual camera setup. It was also confirmed that the upcoming OnePlus 5 will come with 8GB of RAM. This was confirmed with the courtesy of Evan Glass, who digged out the source codes of Amazon India listing of OnePlus 5.  OnePlus 5 was leaked previously many times.

Now the OnePlus 5 smartphone has been spotted paying a visit to one of the benchmarking sites​ Geekbench. And the Geekbench listing just confirms one major aspect of the upcoming OnePlus 5. We have previously reported that the OnePlus 5 will come with 8GB of RAM as per the source code of Amazon India listing. The Geekbench listing just confirms the same. It also says that the OnePlus 5 comes with an Octa-Core Qualcomm Snapdragon 835 chipset in it which is built on 10nm architecture. Android Nougat 7.1.1 is the software version with Oxygen/Hydrogen OS depending on the market.