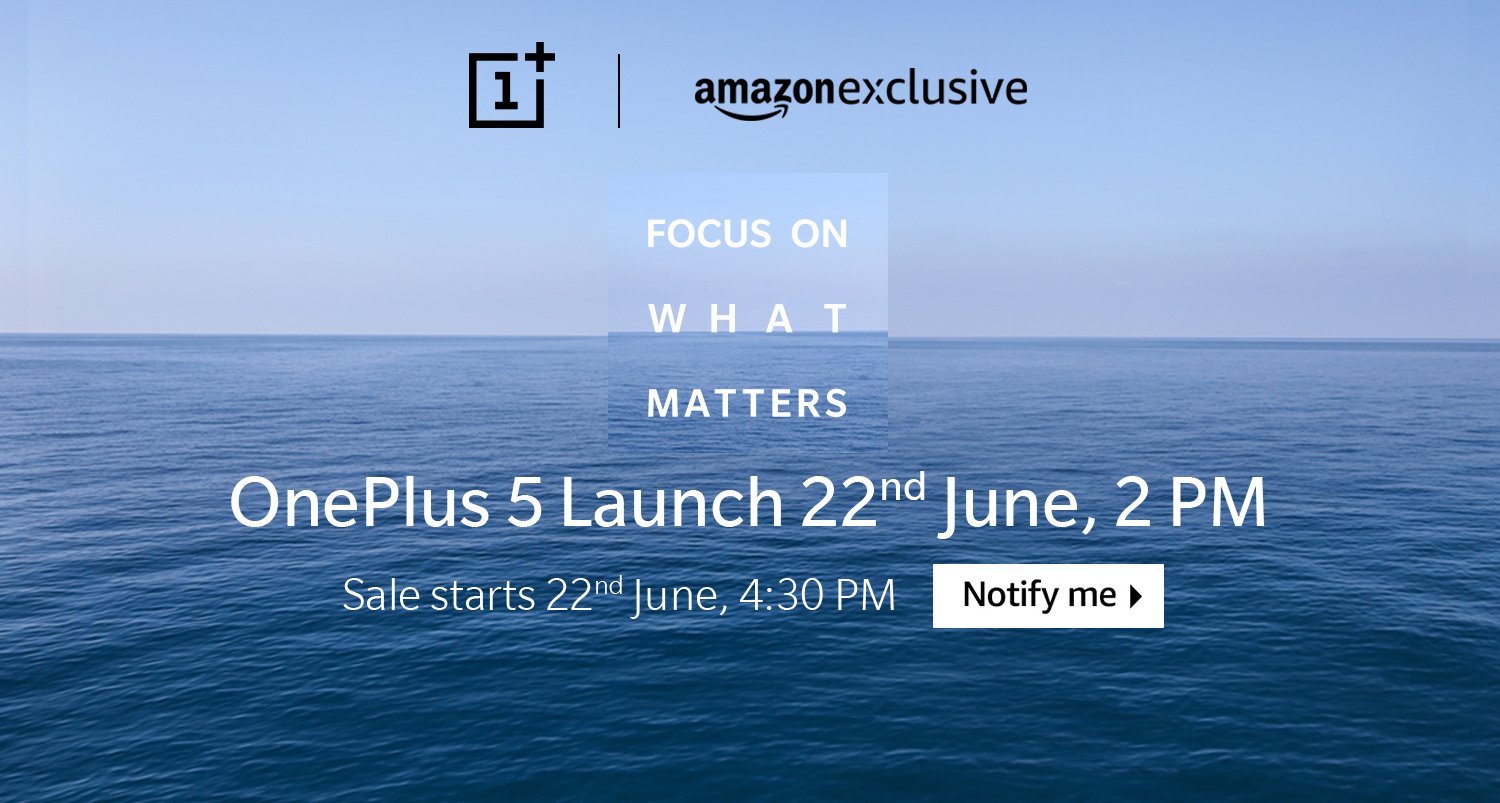 The phone that everyone’s waiting for, which was rumored to be very high-end i.e. OnePlus 5, seems to be hitting the market on June 22 as an Amazon India exclusive. We have already reported that earlier today along with Amazon India listing.

And also surprisingly Blass also confirmed that the OnePlus 5 would be equipped with an Octa-core Snapdragon 835 processor clocked at 2.35 GHz and with massive 8 GB RAM. Yes, yes 8 GB RAM you heard correctly! The screen will be 1920×1080 full HD AMOLED display and will run on Android Nougat out of the box.

This is from the source code of the teaser landing page, here: https://t.co/eZrZANmocK

Blass pretends that he gets information about the OnePlus 5 from the source code of landing page of Amazon India for the device which you can see here. But still, there isn’t any official announcement from the OnePlus. You can read our OnePlus 5 coverage by clicking here.