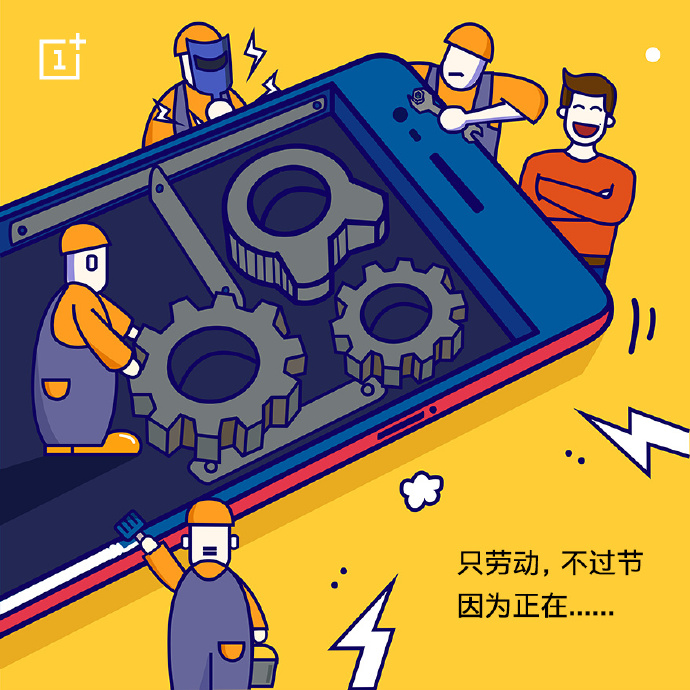 We have already reported that the Chinese manufacturer OnePlus is preparing it’s next gen flagship product as OnePlus 5 rather than OnePlus 4 because of some bad numerology. In East Asian markets, ‘4’ isn’t considered as a good number and oftentimes​it is avoided. The model number was also confirmed with this information.

Now the CEO of OnePlus has come up with a new teaser about upcoming flagship for 2017. As we all know that OnePlus 3 was unveiled back in June last year. So this June shall also bring some good news from OnePlus. The company seems to be readying itself for the OnePlus 5 for June unveiling.

The teaser from CEO Mr Pete Lau hints about the upcoming device. It shows an image of a smartphone which is being made by some people. The workers have gears, spanners and other tools in hand which clearly indicates​ manufacturing of a smartphone. He has also added the company’s moto with #NeverSettle on his official Weibo account along with the teaser.