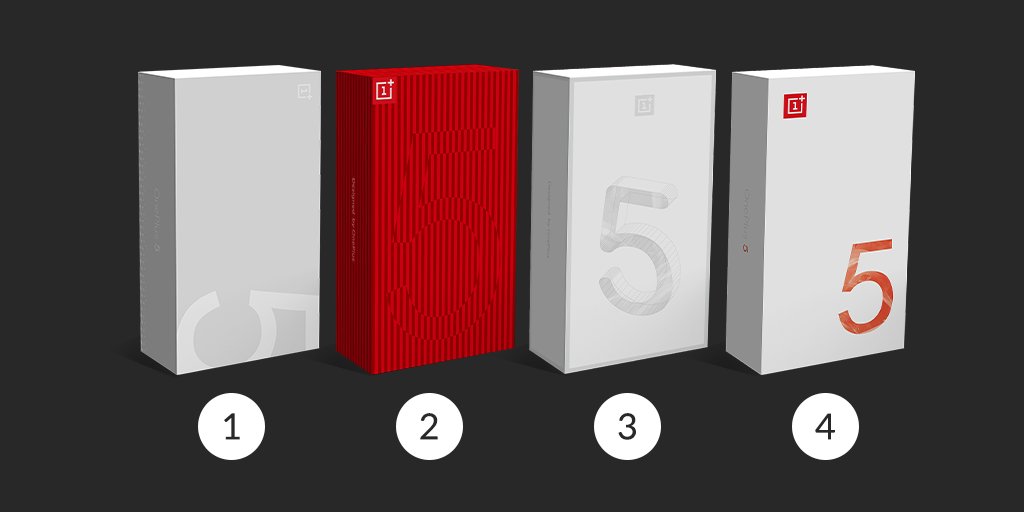 Earlier today we reported about OnePlus having a poll on it’s official weibo channel for the design of retail box packing of OnePlus 5. But that was limited to Chinese users mainly because of weibo account.

If you were to decide, which one would you pick? Vote for your favorite one! pic.twitter.com/GmBdDIfKcB

In the above poll, you can see that there is an image with 4 different retail box designs for the OnePlus 5. There are only 4 designs given to Indian fans to choose from. On the other hand, weibo poll has 8 designs to choose from. Out of the 4 given to us, one is of red color and rest 3 are of white one.