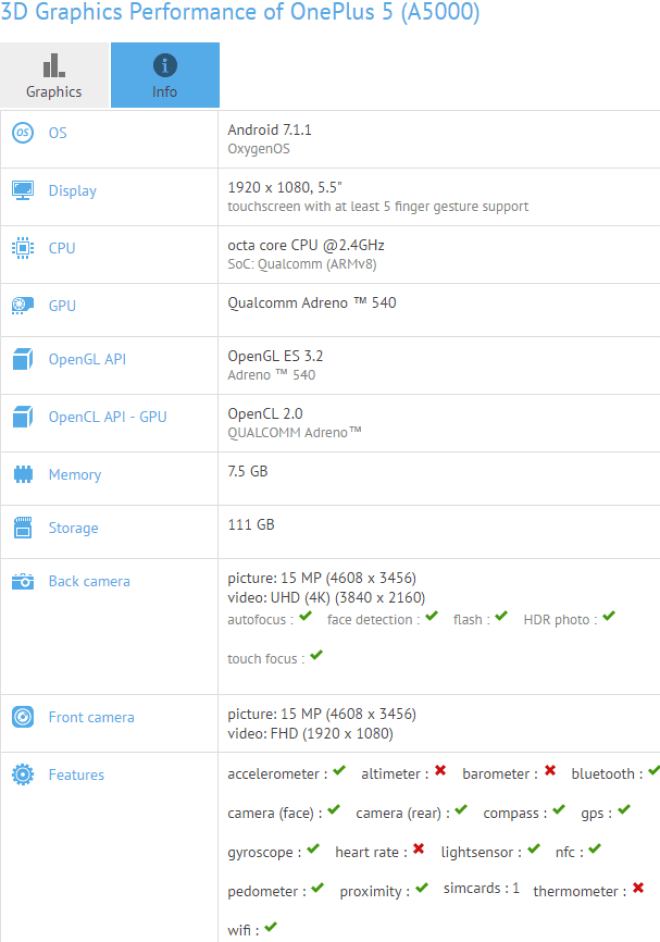 Chinese smartphone maker OnePlus will be launching the OnePlus 5 smartphone on 20th January as it’s flagship for 2017. Yesterday we reported about the OnePlus 5 visiting another benchmarking site Geekbench with its humongous 8GB RAM and Snapdragon 835 SoC.

We have also reported about the official press render of OnePlus 5 showing the device from the back side with dual camera setup. It was also confirmed that the upcoming OnePlus 5 will come with 8GB of RAM. This was confirmed with the courtesy of Evan Glass, who digged out the source codes of Amazon India listing of OnePlus 5.  OnePlus 5 was leaked previously many times.

There  a dual camera setup on the back with 16MP sensor used as one of the two. On the front also, it comes with 16MP camera sensor. The software version show. On GFXbench is Android Nougat 7.1.1 with Oxygen OS.