Skip to content
You are here
Home > Latest Posts > Oxygen OS 4.1.5 comes to OnePlus 3/3T based on Android Nougat 7.1.1. Features and changelog 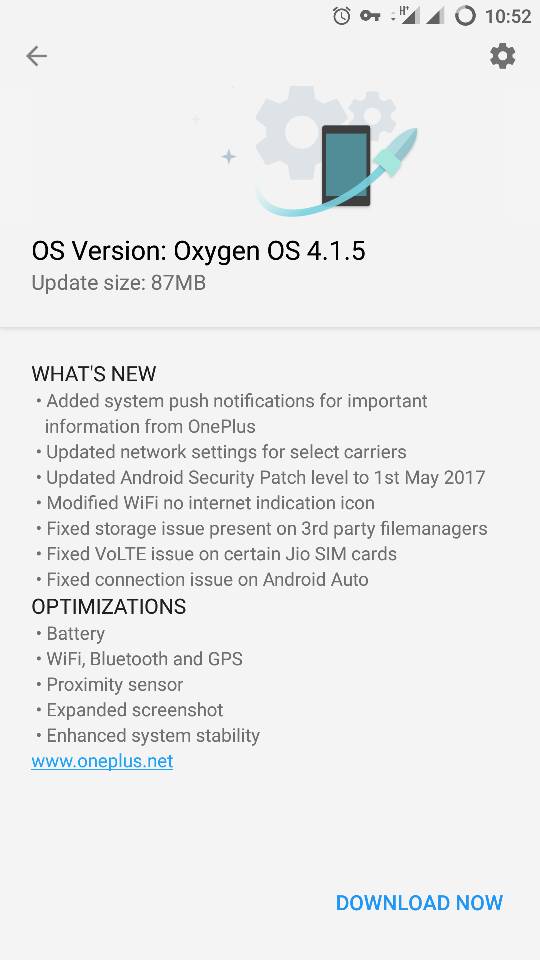 OnePlus is gearing up for it’s next flagship product, the OnePlus 5. The OnePlus 5 is all set to be officially unveiled on 20th June.

But OnePlus seems to be serious about the OnePlus 3/3T even they have a new smartphone launch very close. The company has released a new software update to the OnePlus 3/3T. The update coming to OnePlus 3/3T brings Oxygen OS 4.1.5 to both of these smartphones. It is an incremental update so it will not bring any major changes but some notable changes are there.

Some key changes include push notifications, updates to various OnePlus apps, May security patches and much more. Detailed changelog is given below for more knowledge.