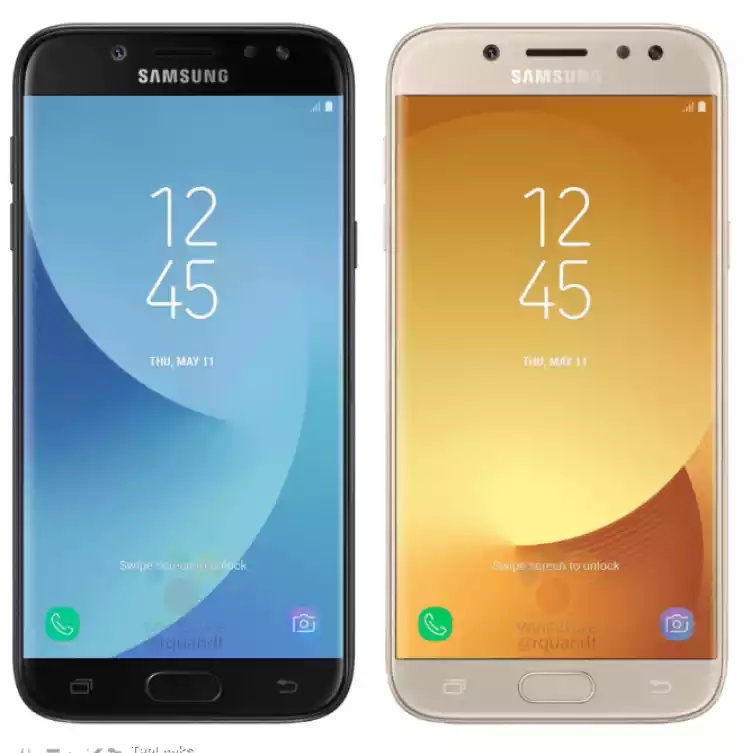 Now we have got the HD press renders of Samsung Galaxy J5 (2017).  The latest leaked renders show a new design to the Samsung Galaxy J5 of 2017. It has got front look inspired by the Samsung Galaxy A series of 2017. The back side has got a design change this year with new camera module and antenna bands. The smartphone has full metal unibody design. The camera and LED flash module seems to be borrowed from Moto G4 series.

The Samsung Galaxy J5 (2017) comes in Gold, Grey, Pink Gold and Blue colors. Irlt is expected to be priced at 279 Euros.