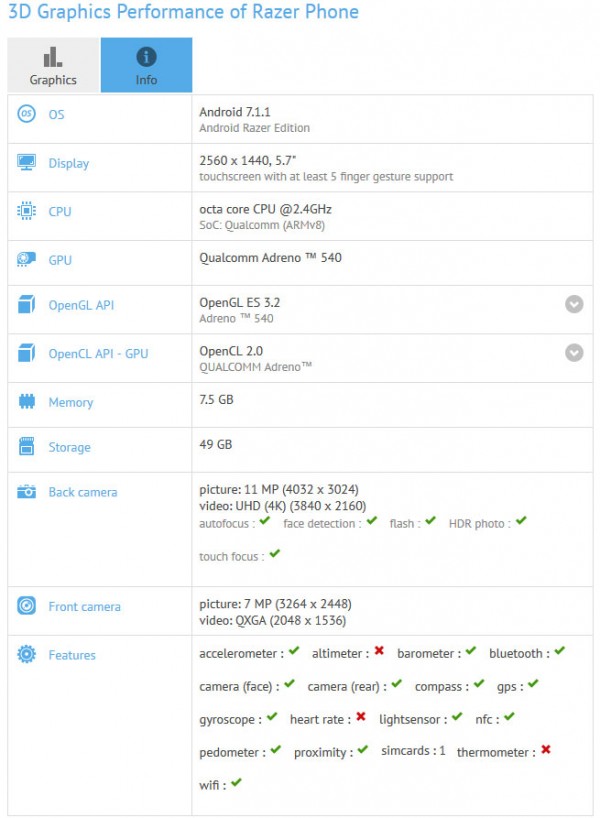 Gaming and computer accessories maker Razor bought Nextbit back in January this year. That was a total surprise to us as Nextbit had just introduced their first smartphone.

But now it seems that the company isn’t going to scrap the smartphone business borrowed from Nextbit. Ye ls Razor is keeping the Mobile phone brand alive. Although the company will be using ‘Razor’ as the official brand name for upcoming smartphone as Nextbit and Robin brands are dead.

We now have an evidence to that also. The upcoming smartphone from Razor is now seen on the benchmarking site GFXbench. As per the GFXbench listing, the Razor Phone comes with 5.7-inch QHD display with a resolution of 2560x1440p which makes it a standard 16:9 phone. The smartphone is equipped with huge 8GB of RAM which is humongous. It comes with 64GB of internal storage as well. The chipset used is none other than Snapdragon 835, the queen of 2017.

In the camera department, it is listed to come with a 12MP of main camera with 4K video support. On the front, it comes with an 8MP snapper.