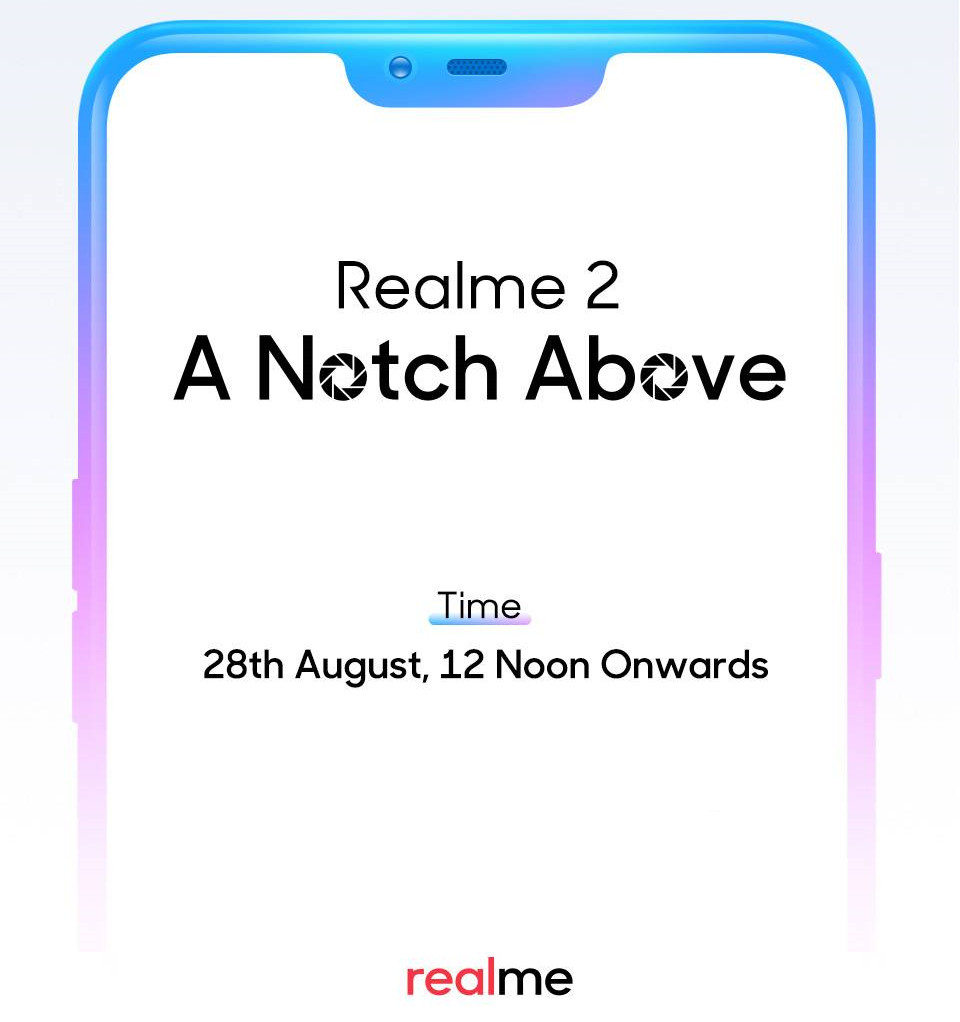 Realme, the sub brand of Oppo had a great success in the form of Realme 1 smartphone.

Now the company is all set to unveil the Realme 2 smartphone Official. The upcoming RealMe 2 is 2nd smartphone from the brand.

The company has now officially sent out media invites for the launch of 2nd smartphone under the Realme brand. The launch of Realme 2 scheduled to take place in New Delhi on 28th August. The event will be live streamed via the official YouTube handle of Realme starting 13PM on 28th August.

Some expected features of Realme 2 include a notch based display on the front, a big 4230mAh battery, a fingerprint scanner on the back and  dual main cameras.