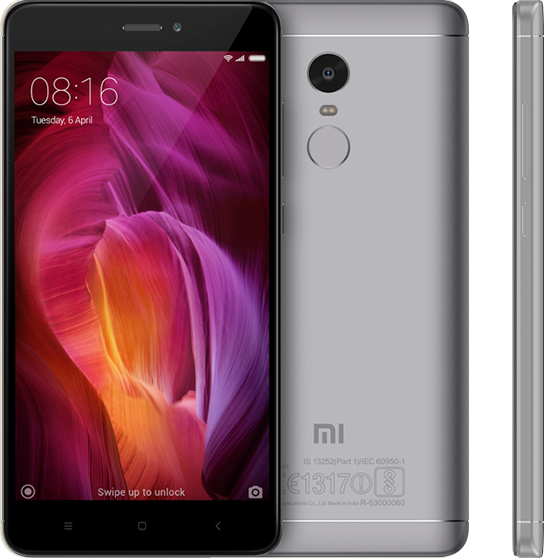 A new report has emerged from Android Headlines suggesting the possible launch of Xiaomi’s upcoming budget Android smartphone, Redmi Note 5 – successor to the best selling Redmi Note 4 in India. The Redmi Note 5 internals have seen a refresh and is expected to be a minor upgrade when compared against the affordable Redmi Note 4.

The fingerprint sensor on the Redmi Note 5 could be on the front, under the glass, which will double as a Home button for normal operations. Like the Redmi Note 4, all the physical buttons are on the right, while the SIM card slot sits on the left.

The Xiaomi Redmi Note 5 may sport a 5.5-inch FHD (1920 x 1080) display, but unlike Redmi Note 4, Xiaomi has worked on to offer better sunlight legibility and contrast ratio. The smartphone could come powered by the Qualcomm’s newly-announced Snapdragon 630 (64-bit Octa-core) chipset with X12 LTE MODEM and the Adreno 508 GPU. This chip also supports USB Type-C 3.1, Bluetooth 5 and Quick Charge 4.0. However, Xiaomi is known to skip quick charging support over the years, and the Redmi Note 5 would be no exception, in our opinion.

The smartphone packs a 3790mAh non-removable battery, 16MP rear facing camera with f/2.0 aperture and a 13MP shooter on the front for selfies and video calls etc. As has been witnessed with Xiaomi, the Redmi Note 5 could also be launched with different RAM/ROM configurations like 3GB/32GB and 4GB/64GB.

If the leak is believed to be accurate, the Redmi Note 5 could be launched with Android 7.1 Nougat by the end of this month, at least in China and will be priced for a starting price of ~ $200. It is also believed to pack MIUI 9 out of the box, but that we doubt.