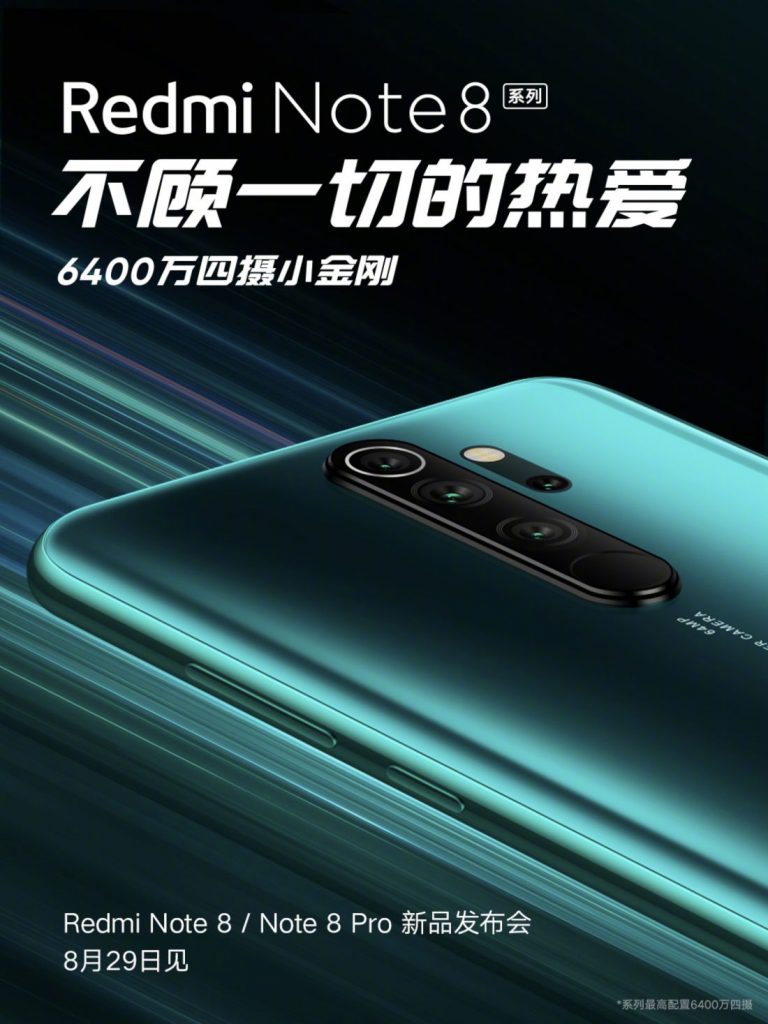 After several leaks and rumours, Xiaomi has now officially announced a date of unveiling of the next generation Redmi Note device.

Talking about some leaked specifications and information, the Redmi Note 8 Pro will come with a 6.3-inch full HD+ 19.5:9 Super AMOLED display panel on the front. It will come with 4GB/6GB and 8GB of RAM variants. There will be 64GB and 128GB of internal storage options for different RAM variants. It will come powered by an Octa-Core MediaTek Helio G90T chipset which was announced last month. The device will have a Quad camera setup on the back with 64MP(Standard) +12MP(Wide angle) + 8MP(Depth sensor) + a ToF camera.