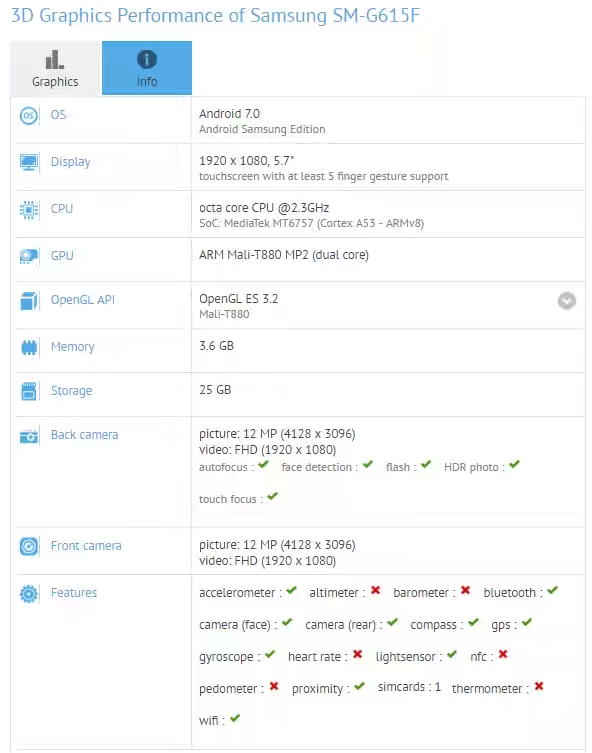 For photography enthusiasts, Samsung has bundled the upcoming Galaxy On 7 Pro with a 13MP camera sensor on the back side with LED flash. On the front, it gets another 13MP camera sensor.  We don’t know the exact size of aperture of these cameras​just yet.