Skip to content
You are here
Home > Latest Posts > Samsung Galaxy A7 (2018) visits GFXbench. Specifications inside 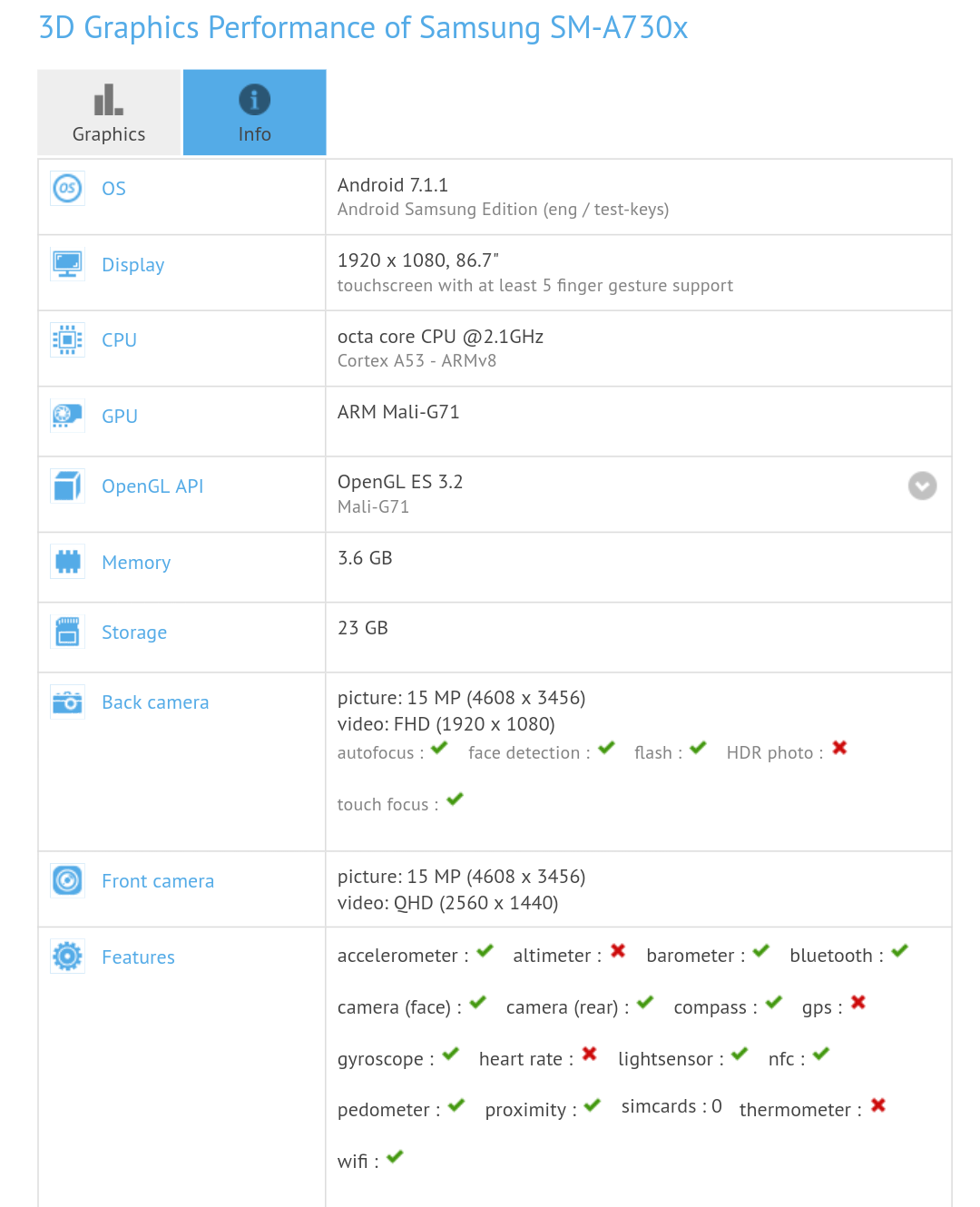