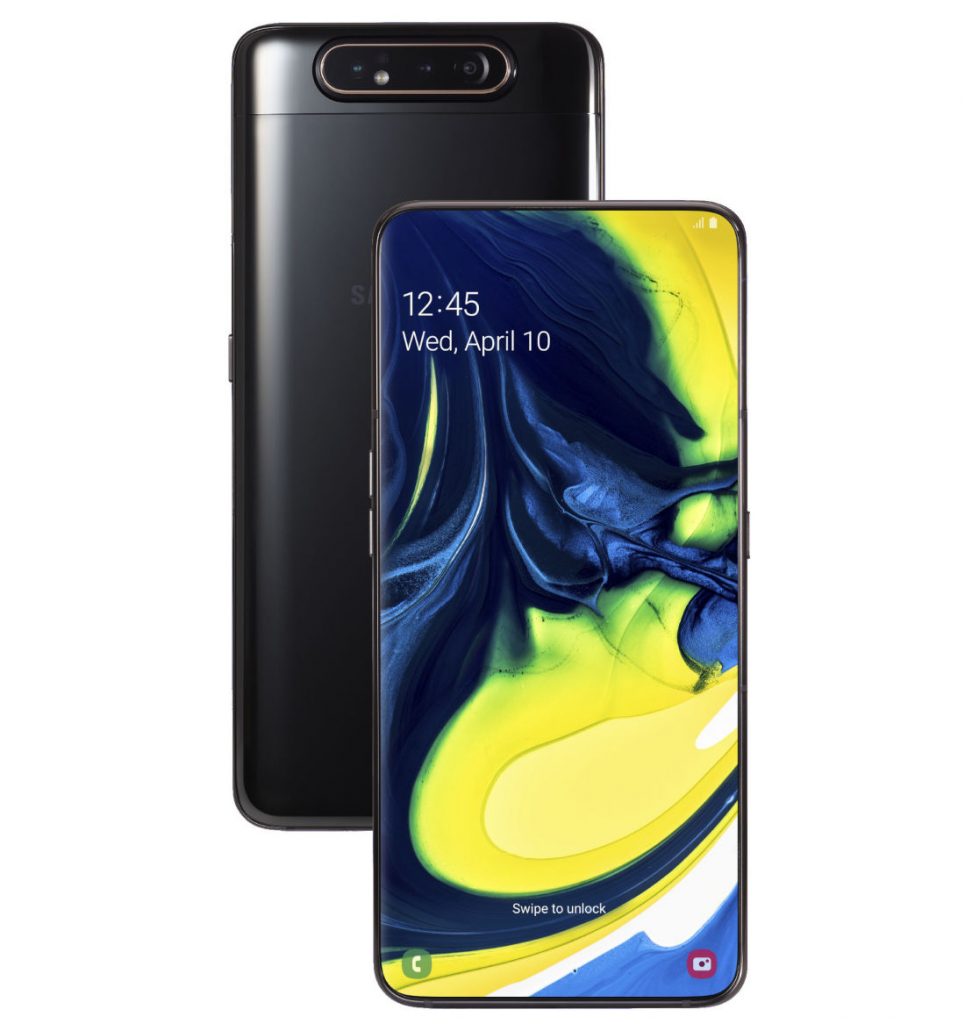 At an event in Milan, Samsung has now officially introduced the next devices under the Galaxy A series from the company.

The latest device announced under the Galaxy A series is the Samsung Galaxy A80. The Samsung Galaxy A80 is something which is totally different from what we expect from Samsung. The device comes with some innovation on board. It uses a slider as well as rotating mechanism to use the camera. The rotating mechanism is somewhat similar to Oppo N1. Other specifications include a big 6.7-inchi full HD+ 20:9 Super AMOLED display. The device is also equipped with an Octa-Core Qualcomm Snapdragon 730G mobile platform which is focused for gaming.

The Samsung Galaxy A80 will be svaavaila starting 26th May. Pricing details will be announced prior to availability.