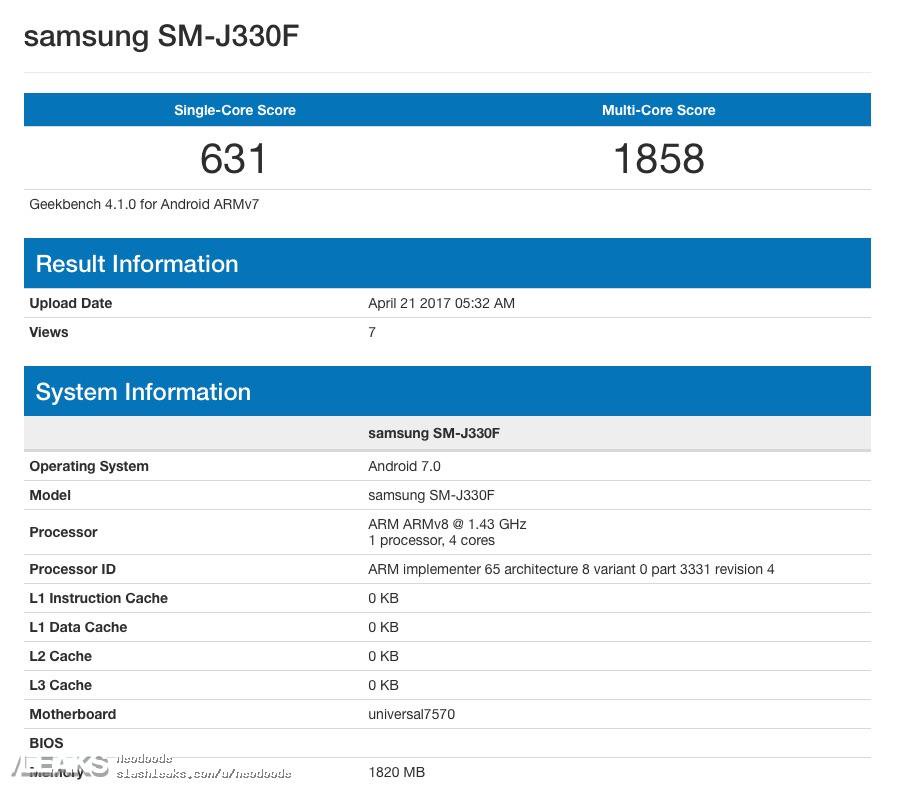 We have already reported many a times that Samsung is working on 2017 Galaxy J series of smartphones. The Samsung Galaxy J7 (2017) has already been made official on Sprint as Galaxy J7 Perx.

As per the Geekbench listing, the Samsung Galaxy J3 (2017) is listed as Galaxy SM-J330F which is the model number for Samsung Galaxy J3. It has got 2GB of RAM inside it. There is a Quad-Core 1.43GHz Samsung Exynos 7570 chipset used in Galaxy J3 of 2017. The smartphone runs Android Nougat 7.0 out of the box .