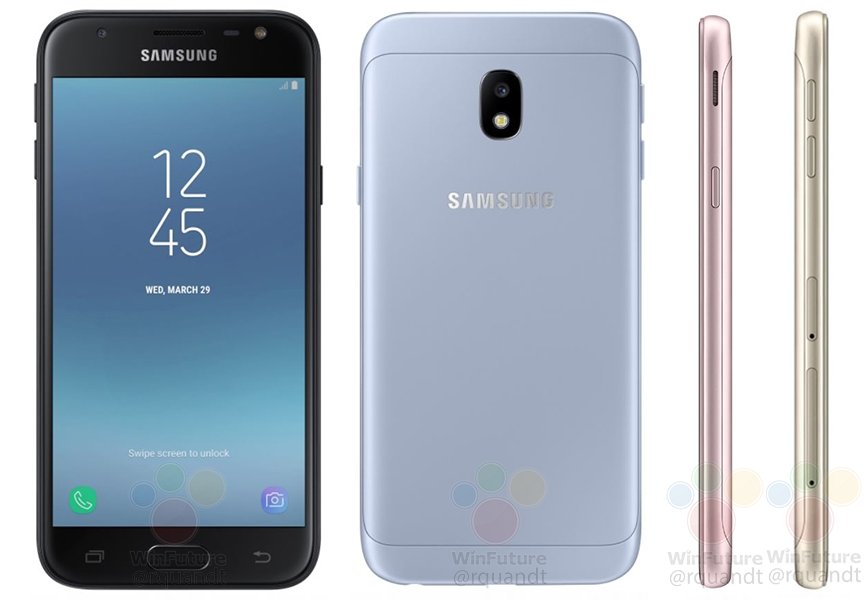 In terms of design and features, the Samsung Galaxy J3 (2017) comes with a metal unibody design. There are antenna bands on top and bottom of the smartphone. The front has Galaxy A series of 2017 like design with 2.5D curved glass adding more to it’s looks. There is an LED flash on the front side for better selfies.

On the right, we have power button and speaker grill, like the Galaxy J5 Prime and Galaxy J7 Prime of 2016. Volume buttons are located on the left with sim tray and Micro SD card tray. The back is similar to Moto G5 series which may be or may not be removable. The camera module is inspired by Moto G4 series.