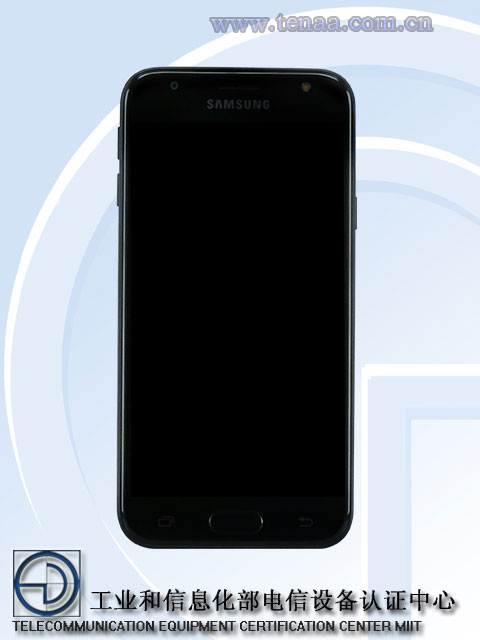 Samsung is all set to introduce it’s next gen Galaxy smartphones under the J series. The company first introduced Galaxy J series back in 2015 with Galaxy J5 and J7. In 2017, we got 2nd generation​of Galaxy J smartphones.

Now it seems the company is preparing to launch its 3rd generation of devices under the Galaxy J series. The Samsung Galaxy J3 of 2017 has now been spotted visiting the Chinese certification agency’s website TENAA. The TENAA listing shows some major specifications and pictures pf the upcoming Samsung Galaxy J3 (2017).

The first image shows it from the front which has a full glass design with 2.5D curved glass. The second image shows a similar design like the Galaxy J5 and J7 of 2017. It has a slight change in the antenna bands location.  Power button is located on the right and speaker grill as well. The volume buttons are located on the left.