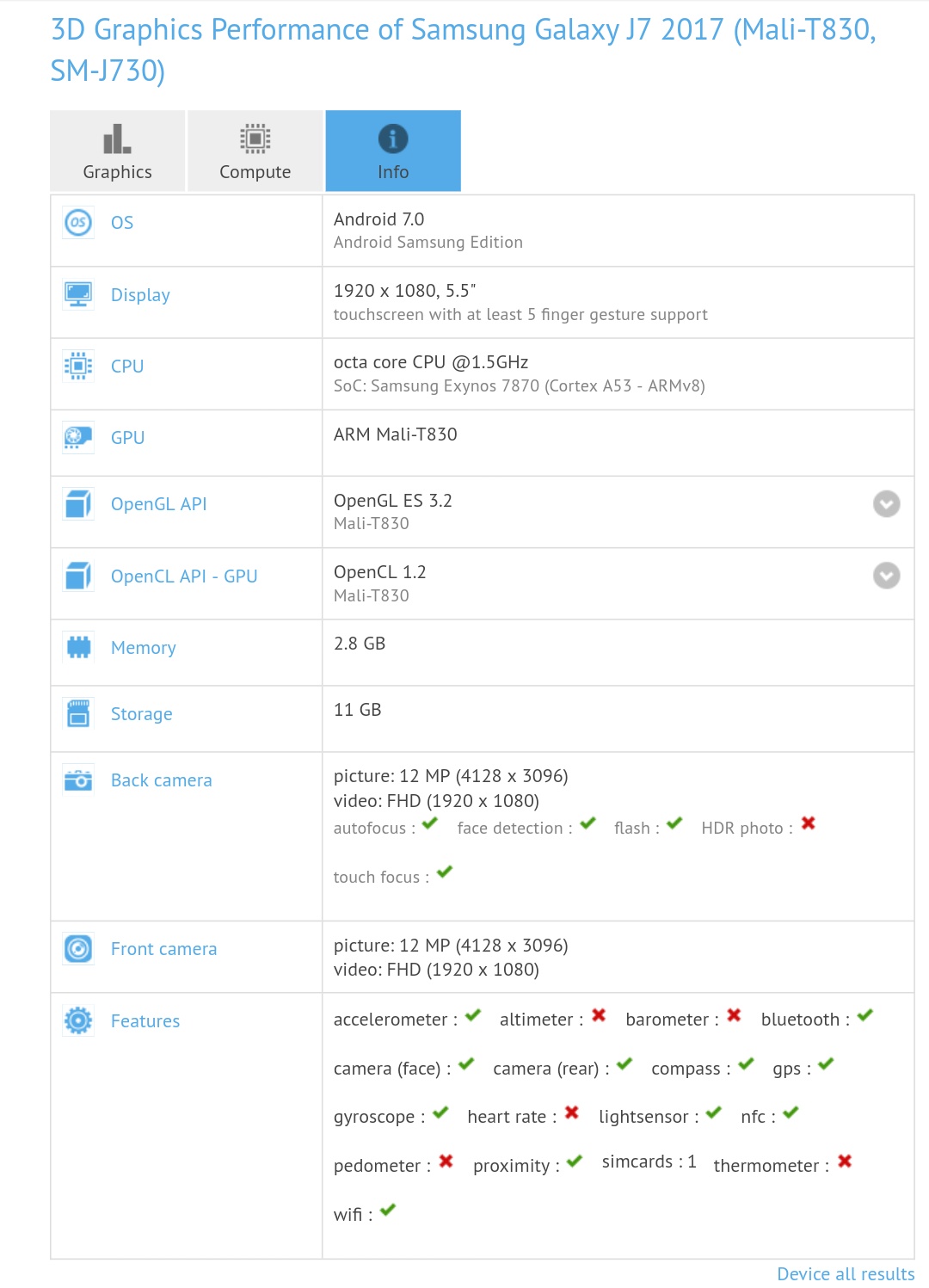 Samsung is expected soon to release the next generation of Galaxy J series smartphones to the world. The Samsung Galaxy J7 (2017) was recently reported visiting FCC. The rumored smartphone has already been spotted on various occasions in the past like acquisition of Bluetooth certification and also the benchmarking website, Geekbench, revealing its hardware/software combination.

In the photography department, the Samsung Galaxy J7(2017) comes with 13MP of main camera with LED flash. On the front, it has another 13MP sensor.