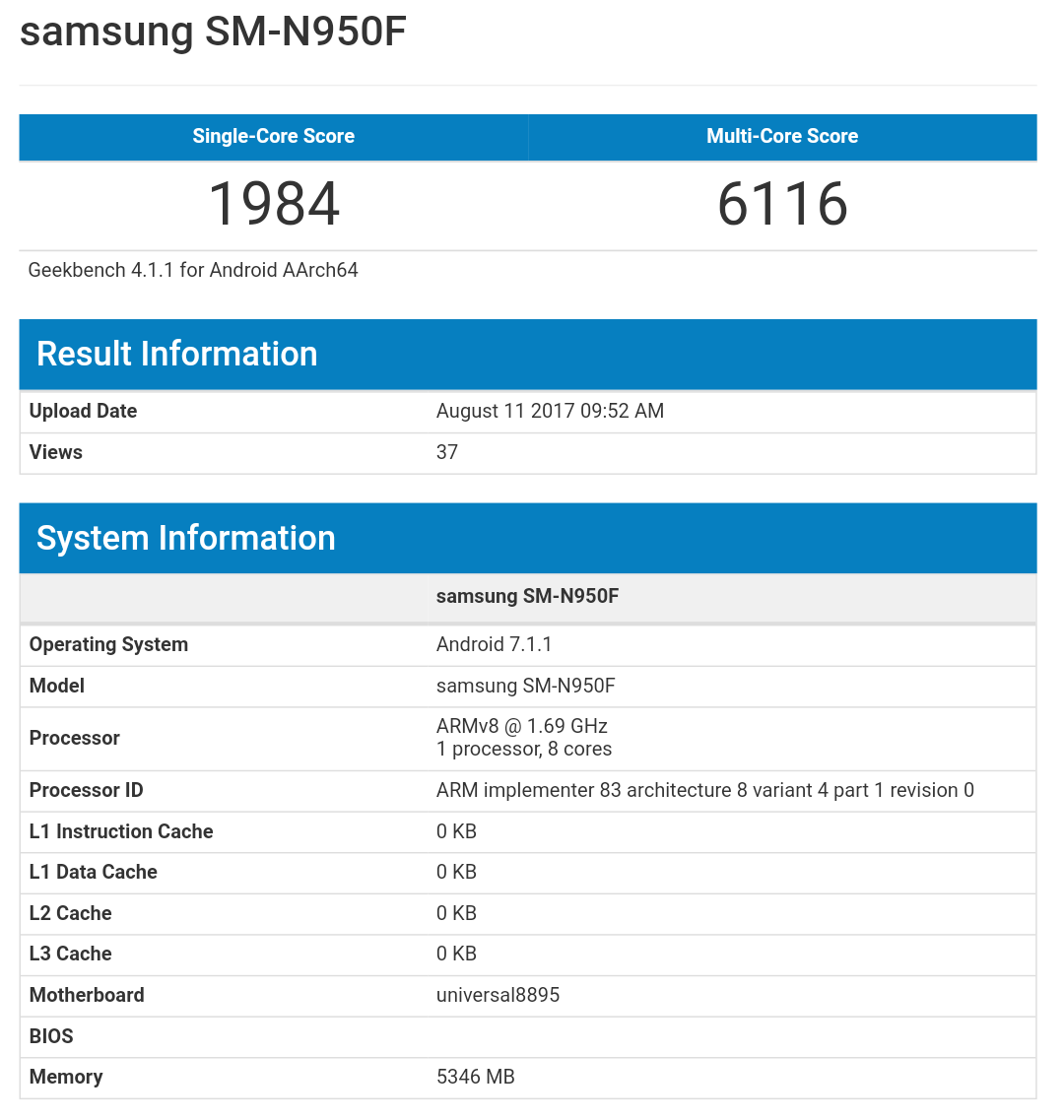 We all know that Samsung Galaxy Note 8 is coming and it’s coming very soon. The smartphone launch is scheduled to happen on 23rd August.

Now we have something that takes us to some confirmation about it’s specifications. Coming straight to the point, we can clearly say that here we are talking about Geekbench visit of Samsung Galaxy Note 8. As per the Geekbench listing, the Samsung Galaxy Note 8 comes with 6 GB of RAM in it. The smartphone is powered by an Octa-core Samsung Exynos 8895 SoC in it. The device also comes running Android Nougat 7.1.1 out of the box.