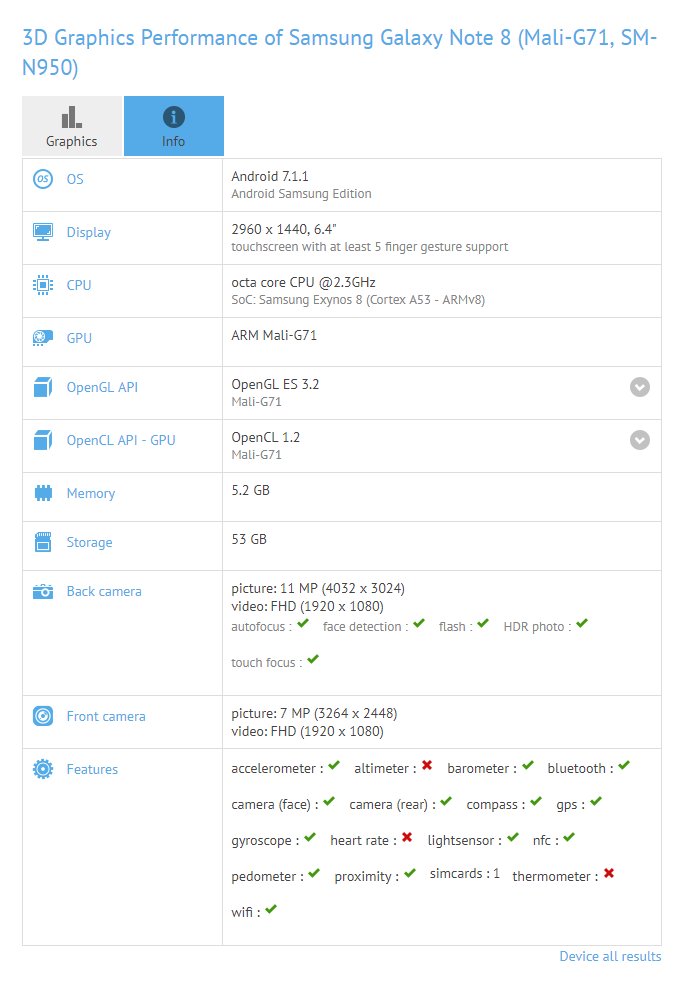 Samsung Galaxy Note 8 is the upcoming flagship smartphone product from the Korean giant. The Galaxy Note 8 from Samsung is scheduled to be unveiled on 23rd August.

Now the smartphone is shown paying visit to another benchmarking address GFXbench. The GFXBench listing is always known for full specifications listing. So this one also comes with the same. As per the GFXBench listing, the Samsung Galaxy Note 8 comes with 6.4-inch Quad HD+ (2960x1440p) display on the front. The device will come with 6 GB of RAM in it. The storage in Samsung Galaxy Note 8 will be of 64 GB with support for MicroSD cards. Coming to the chipset used, the smartphone will be powered by an Octa-core Samsung Exynos 8895 SoC.