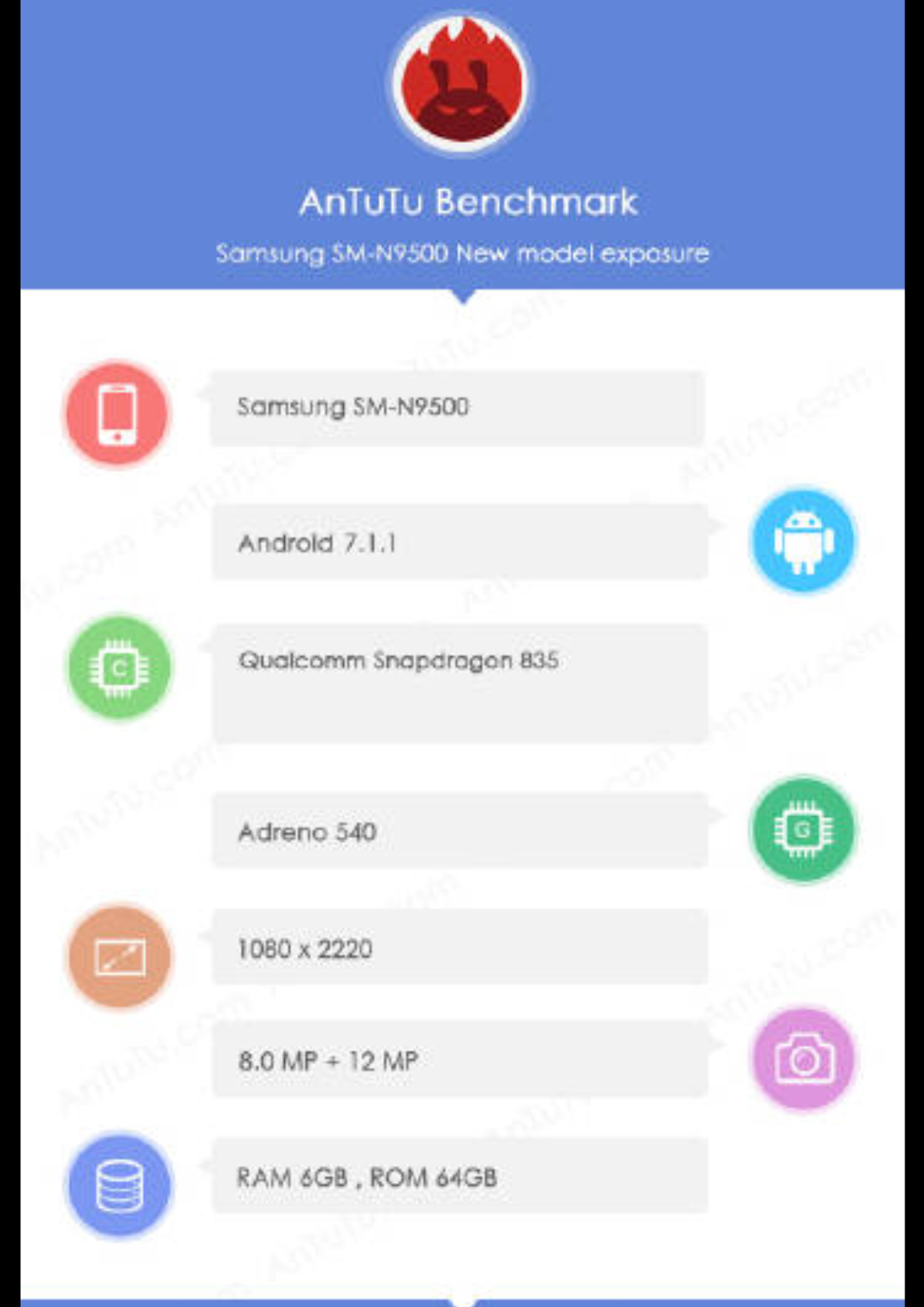 Samsung Galaxy Note 8 has been leaked previously many times. It is the upcoming flagship product form Korean OEM to compete against the upcoming Apple smartphones.

But now we’ll talk about Samsung Galaxy Note 8 visiting the other benchmarking site, AnTuTu. The AnTuTu listing shows it with Snapdragon 835 variant instead of Exynos 8895 one.