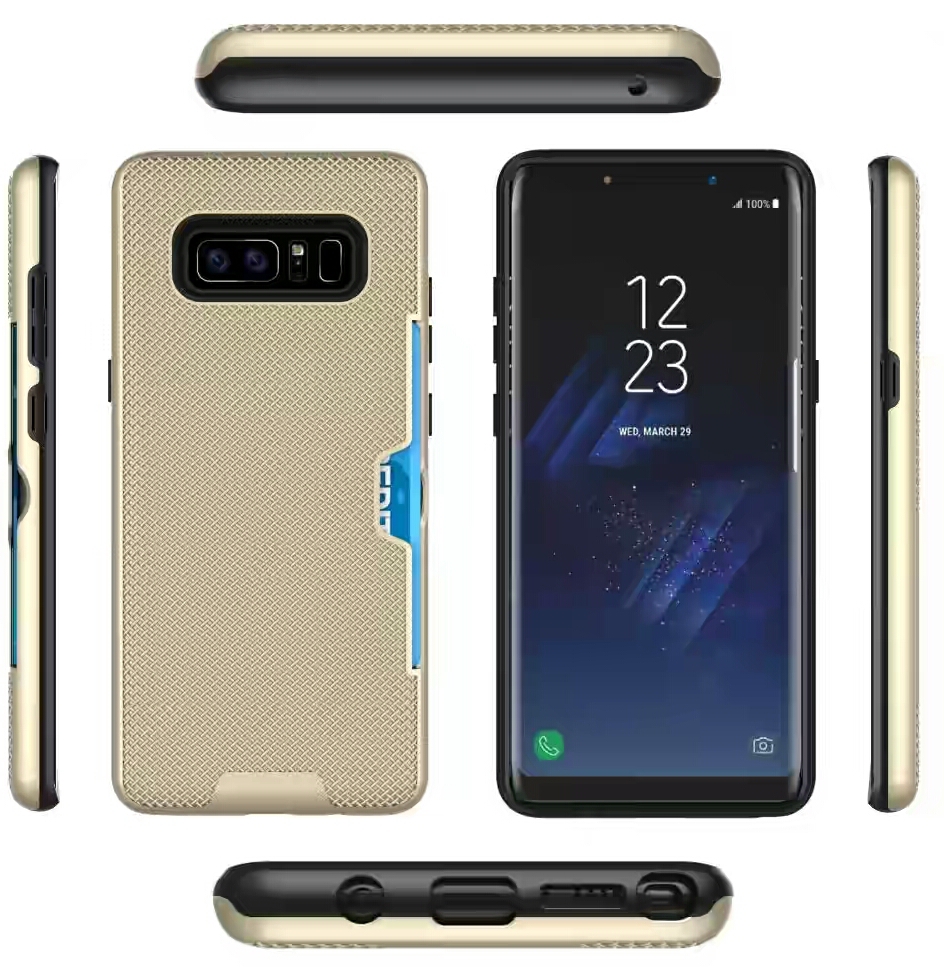 Now we have some more interesting stuff for you, if you’re searching for the upcoming Samsung Galaxy Note 8. The smartphone has been leaked online wearing protective case on it. The smartphone is leaked in Black variant. It is covered with Gold colored case on the back. The case has a slot for your credit cards. The case has all the necessary slots present. Starting from the front, it has similar design. On the back, it has dual camera setup with horizontally placed sensor. The fingerprint scanner is still present where it were on the Galaxy S8. On the top, it has secondary microphone and nothing else. Checking out the bottom gives you cut out for 3.5mm headphones jack, USB Type-C port, speaker grills and the slot for S Pen.