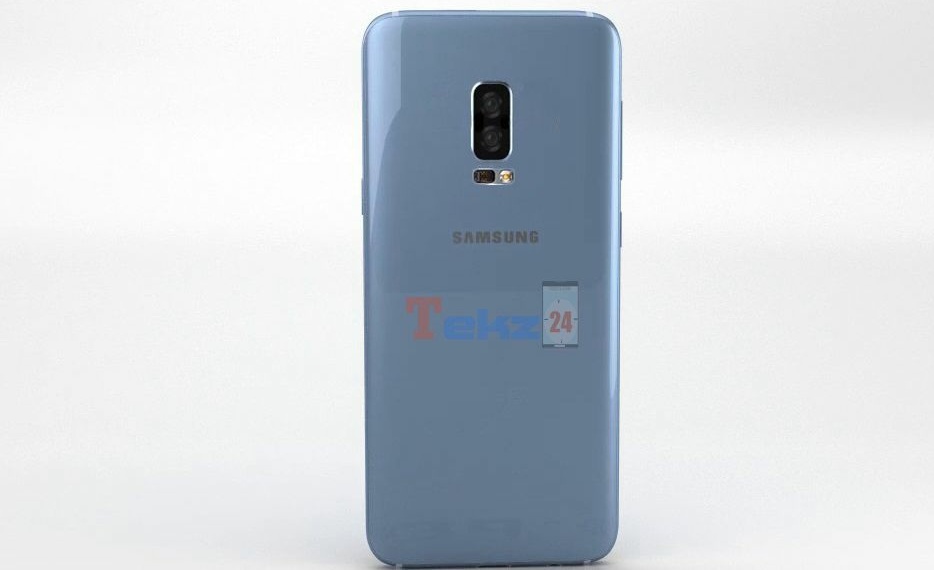 We get many leaks and rumors before the official launch of any smartphone. This is more accurate and frequent when it’s a famous device, specially from the manufacturers like Samsung, Apple, HTC and now even OnePlus. We brought you many leaks about the Samsung Galaxy S8 series and some of them were true and while we got some fake also.This time it’s the Galaxy Note 8 from Samsung.  Samsung made a mistake back in 2016 with the Galaxy Note 7 and that brought a puncture in it’s brand value. But now with Samsung Galaxy Note 8, the company wants to change that, like it did with the Galaxy S8 series.

This time we’ve got a new render of the upcoming Samsung Galaxy Note 8. The latest render brings us the Galaxy Note 8 in Coral Blue color. It is visible from the back side only. The device is similar to previously leaked schematics which was in Grey color. As for as render and specifications are concerned, there is a dual camera setup visible on the back with 12MP + 13MP sensors placed at the back which is Samsung’s first ever. On the front, it will have an 8MP snapper.  The smartphone comes with a QHD+ (2960x1440p) display which is similar to the Galaxy S8 series. Samsung will bring the display with an aspect ratio of 18:5:9 , same as the Galaxy S8. The display size is expected to be of 6.4-inch. Another rumors suggests that the Samsung Galaxy Note 8 could be powered by an Octa-Core Qualcomm Snapdragon 835/836 or Exynos 8895 SoC out of the box. The choice of Snapdragon 836 depends upon the availability.