Skip to content
You are here
Home > Latest Posts > Samsung Galaxy S7/S7 Edge to get Android Nougat 7.1.1 directly as the final Nougat OS 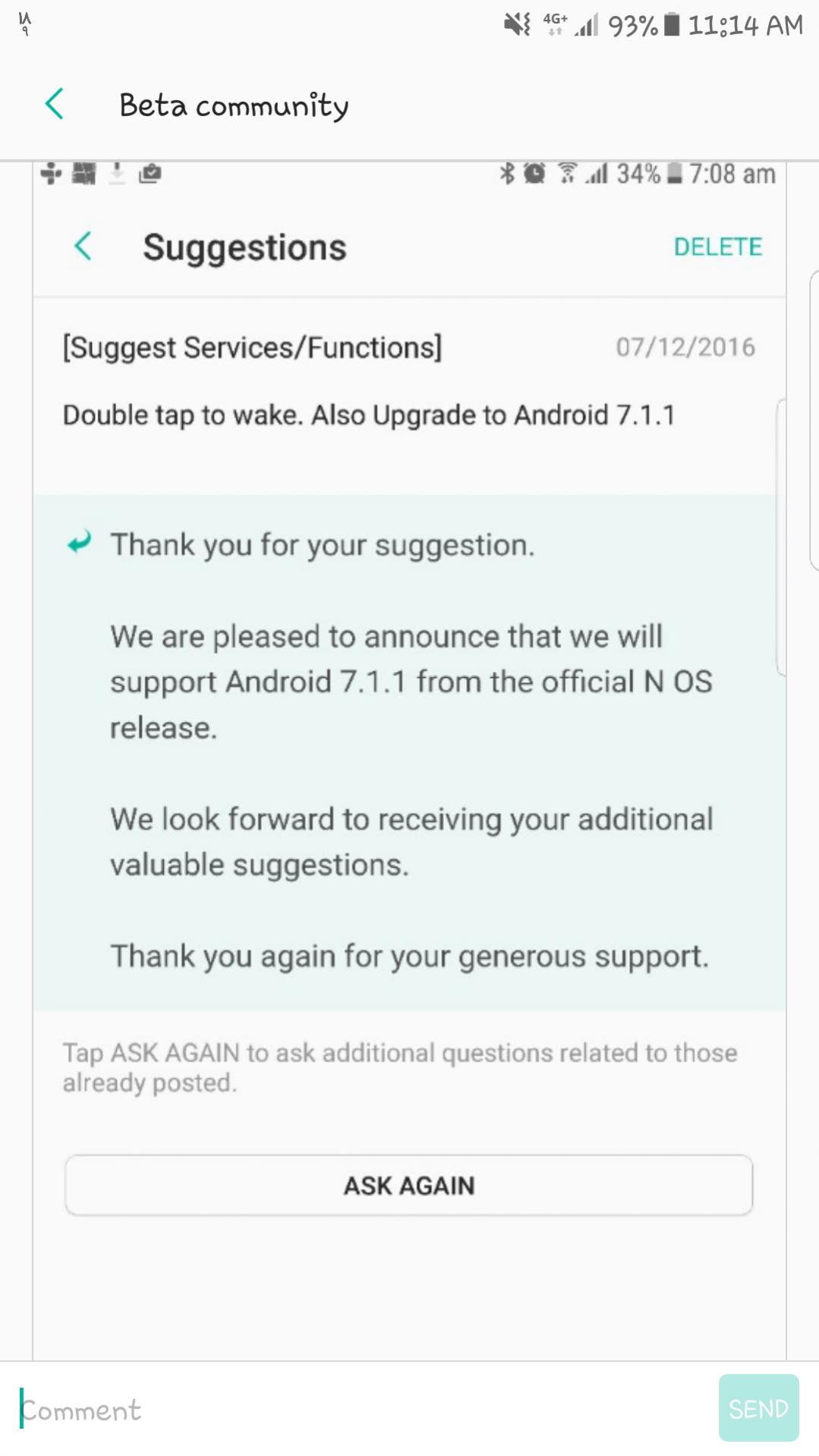 Now the company had confirmed in a beta community response that both of these devices will get Android Nougat 7.1.1 as the official Android Nougat OS release to the public.  In the beta community, there was a suggestion saying ” Double tap to wake. Also upgrade to Android 7.1.1 .”

The response from the company was bit interesting to see. It says, ” Thank you for your suggestion. We are pleased to announce that we will support Android 7.1.1 from the official N OS release.  We look forward to receiving your additional valuable suggestions. Thank you again for your generous support. ”

So the response from the official Samsung beta community confirms that the public release of Android Nougat for Samsung Galaxy S7 and Galaxy S7 Edge will bring Android Nougat 7.1.1 as the base update.