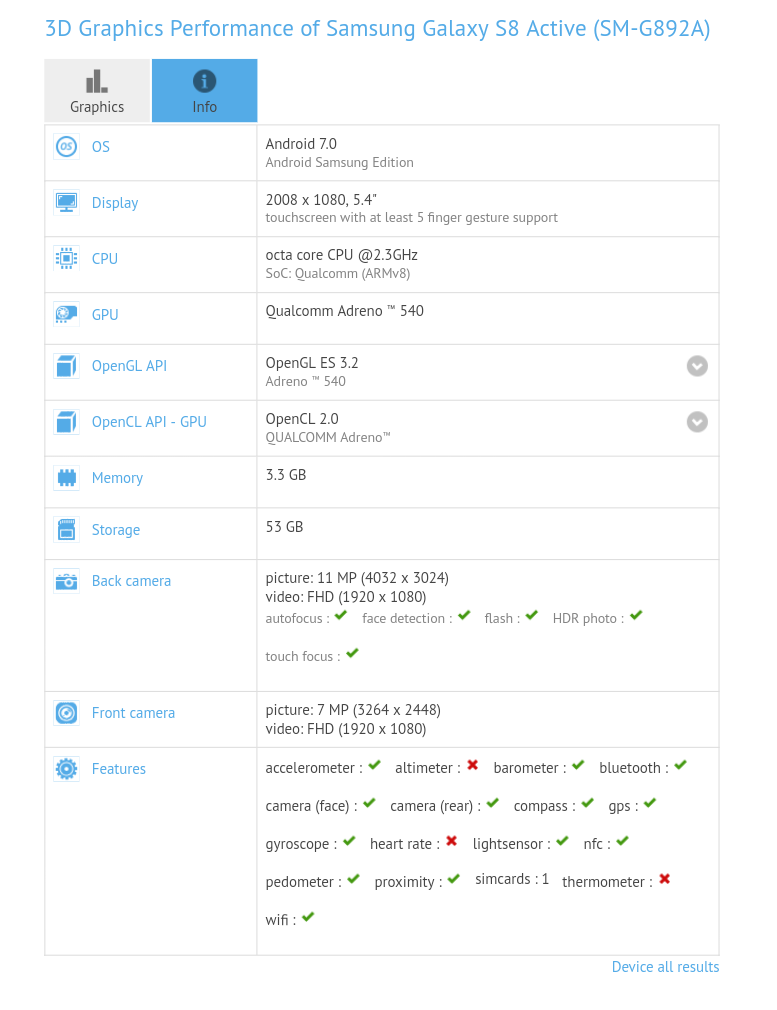 Now we have an information that tells us all about the internals of upcoming Samsung Galaxy S8 Active. The information comes directly from GFXbench, the famous benchmarking site for new devices. What we are talking here is the visit of upcoming Galaxy S8 Active to GFXbench. The GFXbench listing says it has a big enough 5.4-inch display with a resolution of 2008x1080p. This makes it to be of full HD resolution with 18:9 aspect ratio. Some other internals include 4GB of RAM and 64Gigs of storage. The smartphone is powered by an Octa-core Qualcomm Snapdragon 835 Mobile Platform, as per the GFXbench listing.

Coming to the camera setup, the Samsung Galaxy S8 Active comes with similar 12MP setup as found on the Galaxy S8 and Galaxy S8+.  There will be an 8mP sensor on the front.