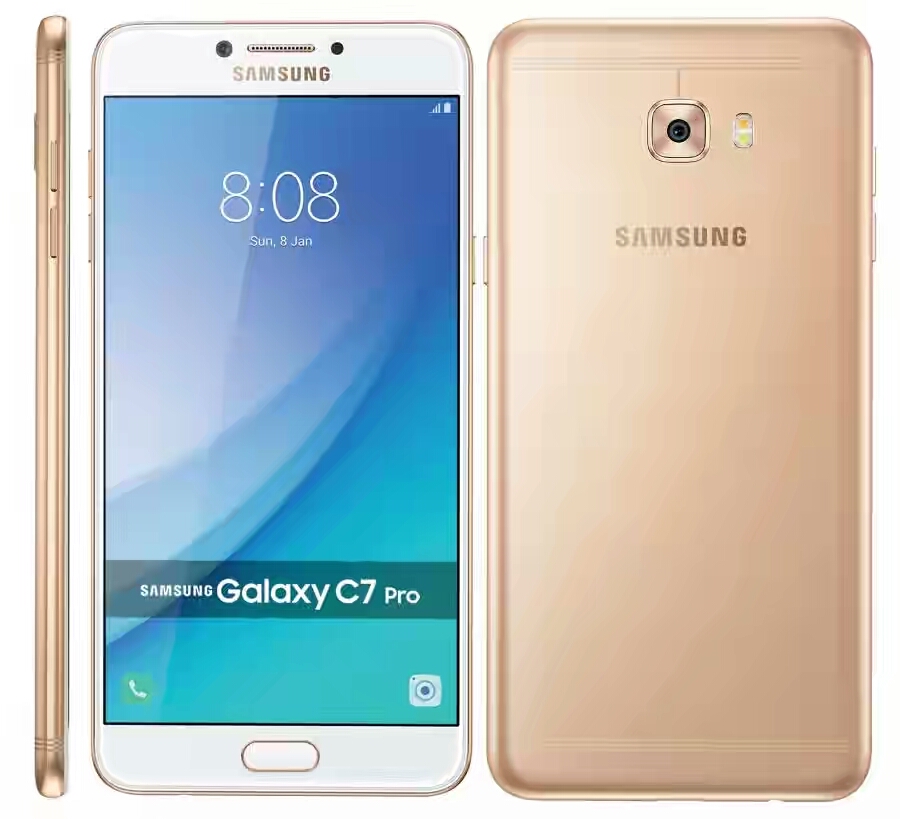 Samsung India has now officially announced the Samsung Galaxy C7 Pro smartphone in India. The smartphone was launched at an event in Delhi.

The Samsung Galaxy C7 Pro comes with a new metal unibody design from Samsung. It brings similar design and appearance like the Galaxy C9 or Galaxy C9 Pro.

In terms of some basic specifications and features, the Samsung Galaxy C7 Pro brings 5.7-inch full HD Super AMOLED display panel. It has got 4GB of RAM in it. The Samsung Galaxy C7 Pro has been launched with 64GB of internal storage with micro SD card support. We get 2.2Ghz octa-core Qualcomm Snapdragon 626 chipset.  On the back, it has a 16MP sensor with f/1.9 aperture. The Samsung camera is located at the front also. It has a fingerprint scanner embedded into the home button.

The Samsung Galaxy C7 Pro comes in Gold and Navy Blue colors in India. The device will be available for purchase exclusively​ from Amazon India starting 12th April for a price of ₹27990.