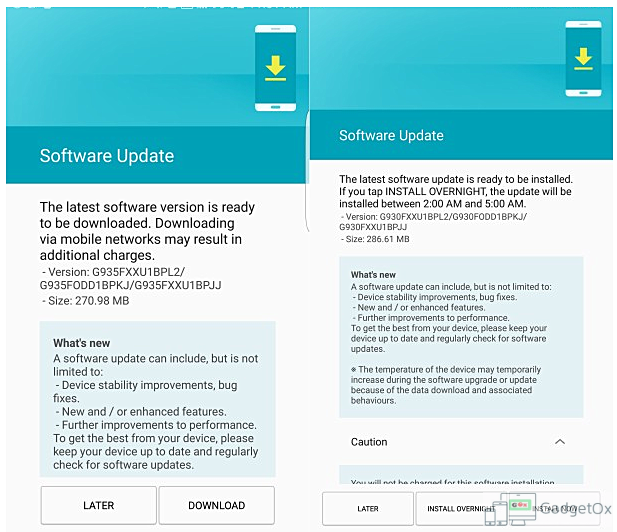 Samsung has started rolling out the December security update for the Samsung Galaxy S7/S7 edge units in India as well.

The updates comes with device stability, bug fixes and performance improvements along with some new/enhanced features, as far as the update info is believed.

It is recommended to connect your device to WiFi while downloading the update, which weighs in at roughly 270 MB.

In case you are not aware, Samsung is currently running a BETA program for Android Nougat, and lately it was revealed that the stable build for the general public will be Android 7.1.1 and NOT 7.0 which is pretty sweet.

In case the update notification doesn’t show up on your phone, you can manually check for updates in settings.

Check out our full coverage on Android Nougat Device List and also, our hands-on review of Android 7.0 Nougat.