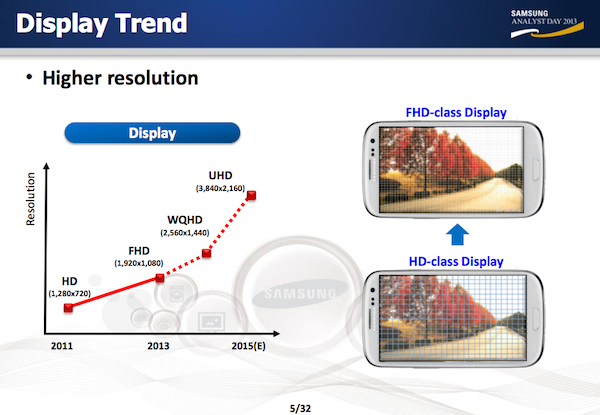 Samsung in its Analyst day event held in South Korea has let some juicy details out about upcoming technological advancements and innovations we can expect to see on future Samsung devices.  For one, UHD displays are coming in 2015, which may look like a overkill but 2 years back even same thing was said about FHD displays.

Then Samsung is developing 64-bit processor cores to use in future devices. Apart from this Samsung will also develop CPUs with ARM’s 64-bit core.

Apart from this Samsung has shown its Flexible related patent leadership, where it holds 33% of patents. They also promised not only flexible but even foldable displays by 2015.