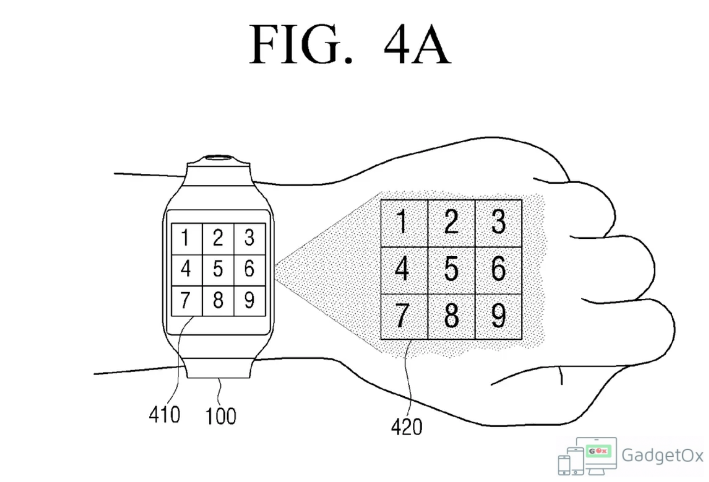 Today Samsung has filed a patent for smartwatch technology that would project user interfaces onto a wearer’s hand. Samsung has started working on Smartwatch that projects UI on Hand, a new patent reveals  as shown in image.The patent show a smartwatch projecting a dial pad, notifications, menu options as well.

According to the sources, this UI interface will be used not only for Smartwatch but also it will be used for VR/AR handset as well. As reported the above mentioned Ongoing Project is still in nascent stage, but Samsung is way too interested in implementing it in future as a Major development. So it does  prove the importance of this particular Patent.

So Folks what do you think about patent for smartwatch technology that would project user interfaces onto a wearer’s hand?

If you can, then Please Comment below with your thoughts and suggestions for above discussed Samsung Ongoing Project / Patent.