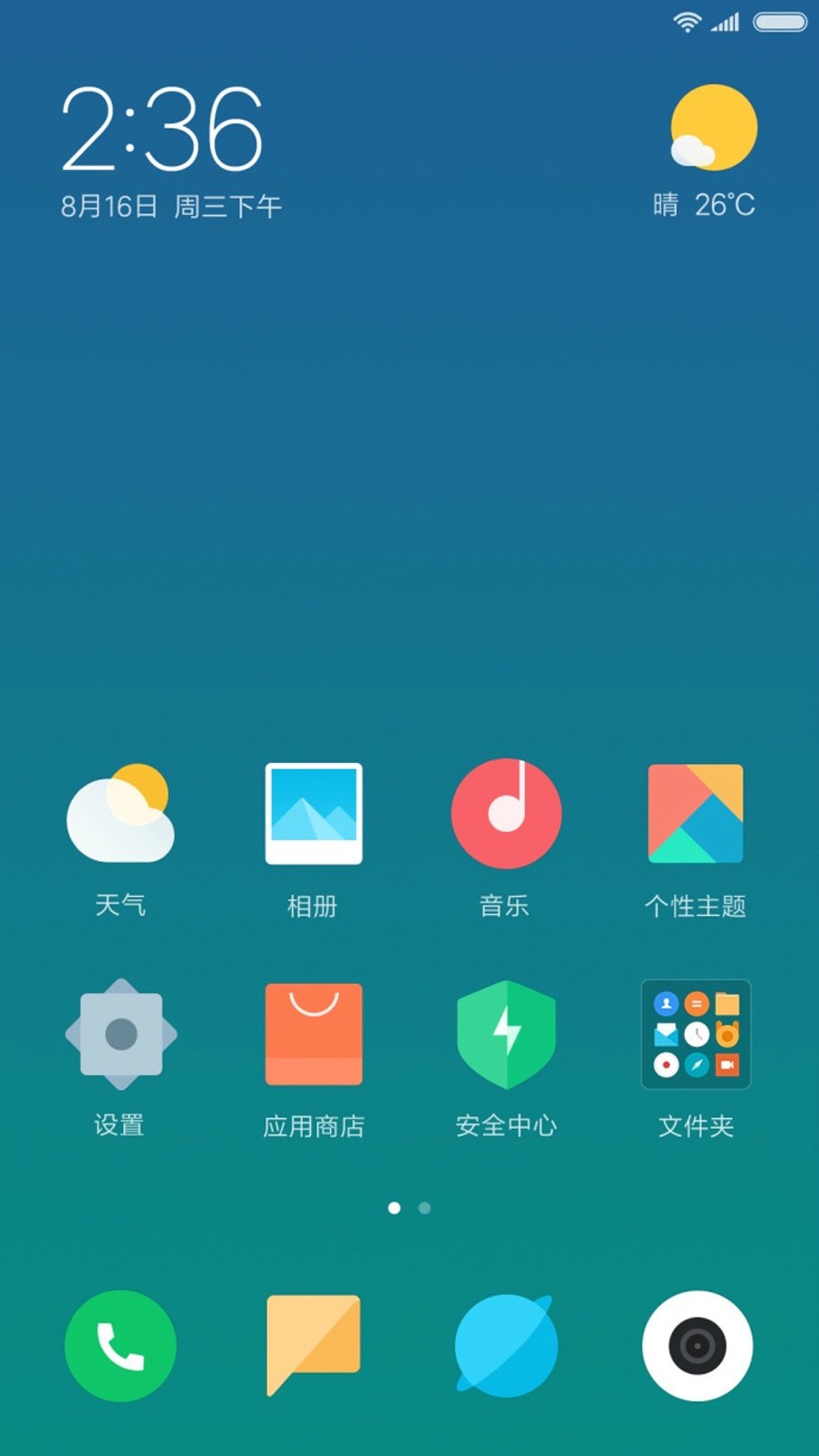 Each year Xiaomi introduces a new layer of it’s own OS on top of Android. MIUI is the layer from Xiaomi that is found in phones from Chinese OEM.

The current version of MIUI is known as MIUI 8. The company is working on next iteration of the MIUI. It is said to release the MIUI 9 on or before August 16th. The MIUI 9 is said to bring some notable changes to the OS.

Now we have got some leaked screenshots of the upcoming UI from Xiaomi, the MIUI 9. The MIUI 9 from Xiaomi comes with a redesigned UI and icons.  On the lockscreen, it looks similar to the current MIUI, the MIUI 8. But when it comes to icons and home screen it has got a huge change. The icons have been totally redesigned from the ground up. Icons are fresh and look little unsymmetrical in nature. Security icon is the only icon that has got least change. Gallery and themes app have got total new icons.

We’ll get to know more about the upcoming MIUI 9 in coming days . The UI will be officially unveiled on or before 16th August.