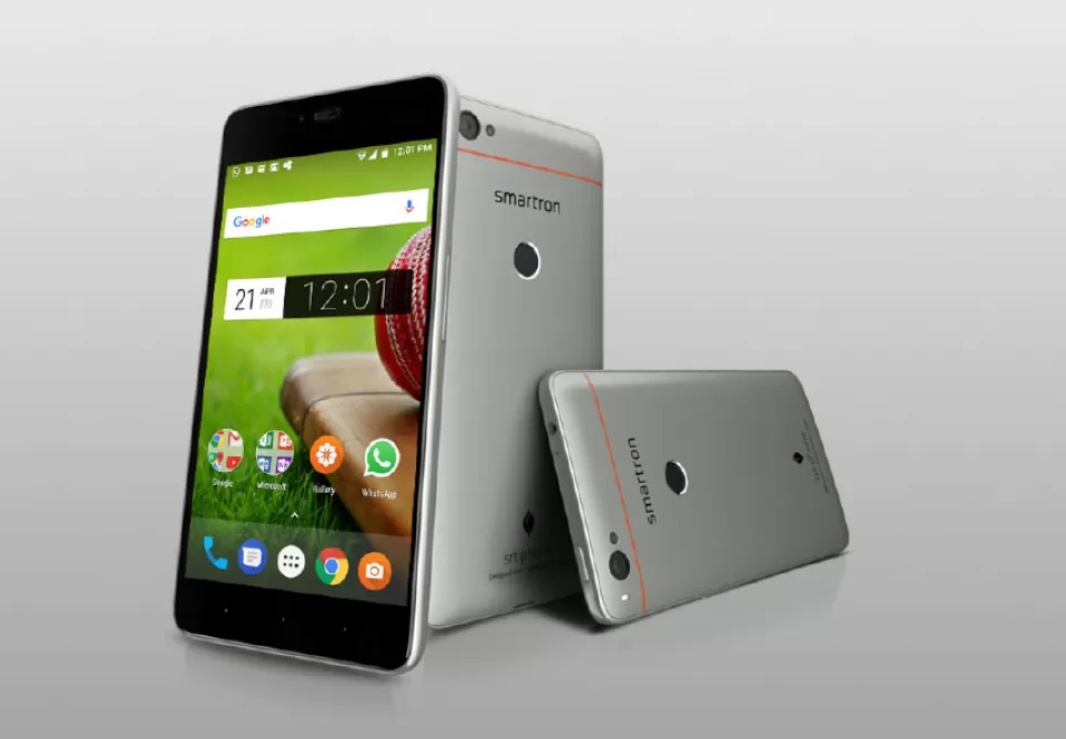 SmartTron, the startup with Indian cricket player Sachin Tendulkar came up with phones and other devices like 2-in-1 back in 2016.

Now the company has launched another smartphone in India. The latest offering from SmartTron is the SRT.Phone based on Sachin Tendulkar’s name. It comes with 5.5-inch full HD (1920x1080p) display on the front. The display is covered with Corning Gorilla Glass 3 on the top. The company has added 4GB of RAM to it’s SRT.Phone . For this 4GB RAM, we have two different storage variants i.e. 32GB and 64GB both based on EMMC 5.1 standard. Powering the smartphone is an Octa-Core Qualcomm Snapdragon 652 SoC.

There is a 13MP camera sensor present on the back with LED flash and f/2.0 aperture. It had also got the Phase Detection Auto Focus (PDAF) with the rear camera. On the front side, we get a 5MP sensor with wide angle lens. The SmartTron SRT.Phone is a dual SIM smartphone that comes with Android Nougat 7.1 out of the box and company has promised for Android O update as well.

The SmartTron SRT.Phone comes in Titanium Grey color in India. It is available exclusively from Flipkart for below given prices,