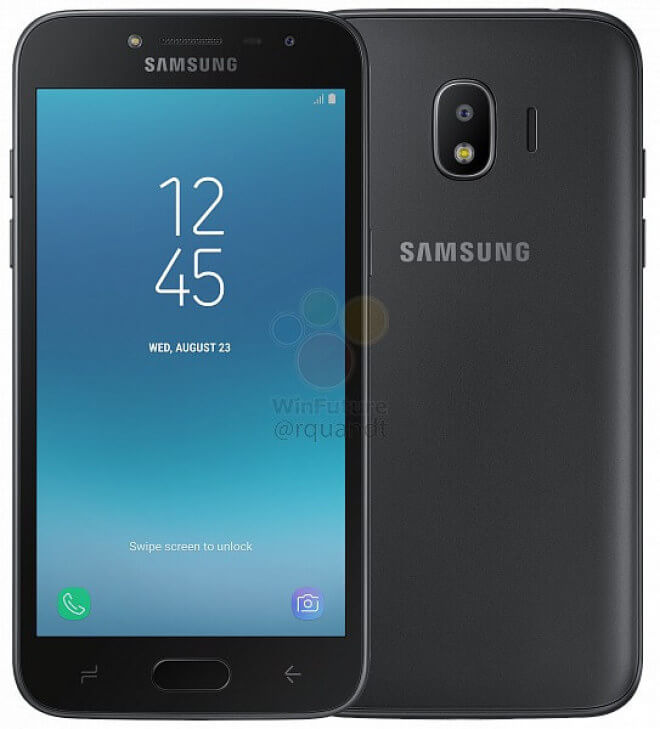 Samsung has recently unveiled the Galaxy A8 and Galaxy A8+ for the year 2018. The company is soon expected to announce new smartphones under the Galaxy J series also.

As for as specifications is concerned, the Samsung Galaxy J2 (2018) comes with a 5-inch qHD(960x540p) display on the front. The display panel used will be Super AMOLED from Samsung. The device comes equipped with 1.5GB of RAM and 16GB of internal storage which seems to be the basic nowadays. Other specs include a Quad-Core 1.4GHz Qualcomm Snapdragon 425 mobile platform.

In the photography department, the Samsung Galaxy J2 (2018) is equipped with an 8MP sensor with LED flash. On the front, it gets 5MP snapper.