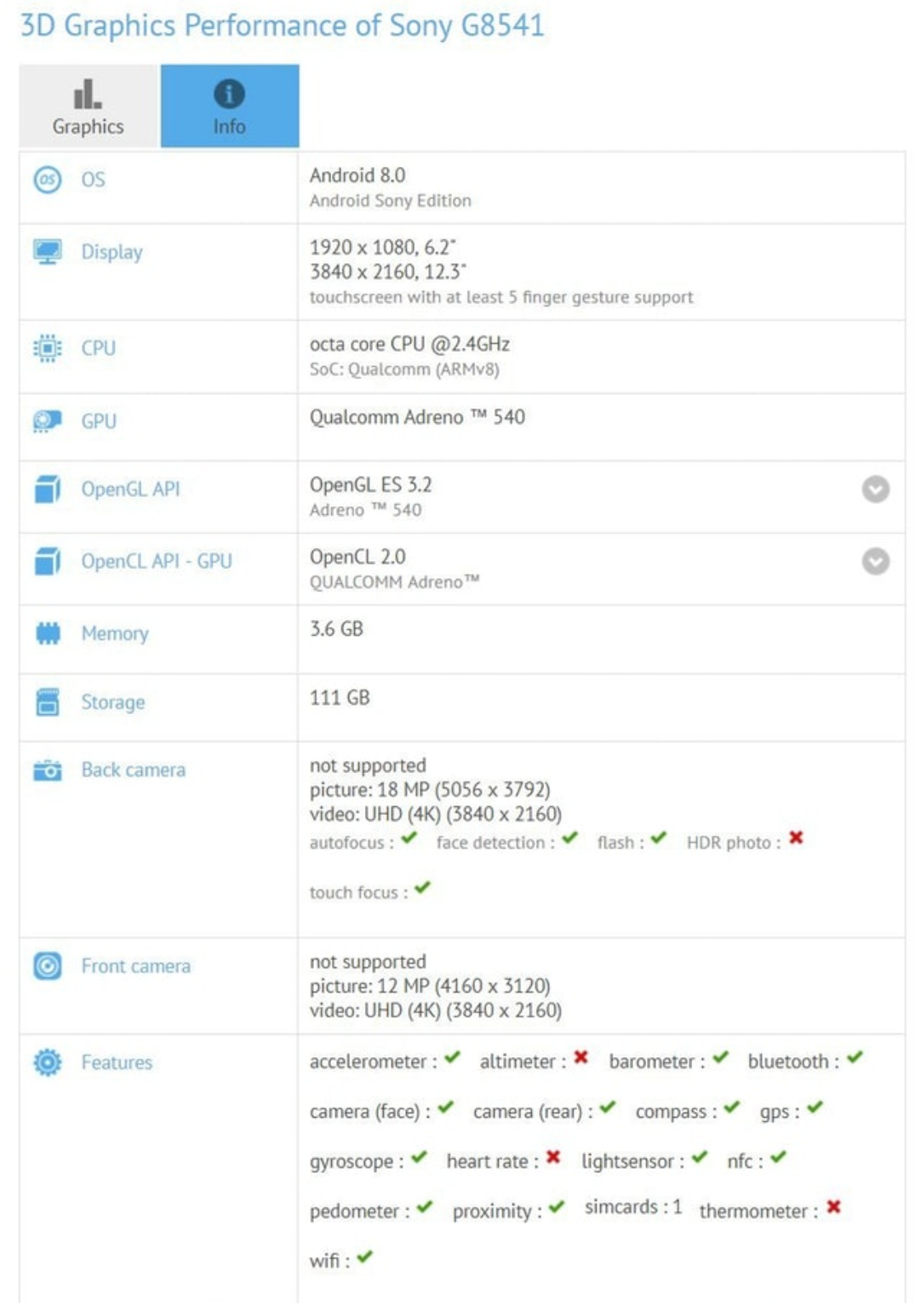 Earlier today we reported about a new smartphone from Japanese smartphone maker Sony is due for IFA. The smartphone we were talking about was Sony Xperia XZ1.

Now we have some details about another Sony smartphone. A new smartphone from Sony is seen visiting the benchmarking site GFXbench. As per the GFXbench listing, the Sony G8541 comes with 6.2-inch full HD (1920x1080p) display on the front. The smartphone is equipped with 4 GB of RAM. There is huge 128 GB of internal storage in the upcoming Xperia device. Powering the smartphone is an Octa-Core 2.4Ghz Qualcomm Snapdragon SoC and we expect it to be Snapdragon 835.

In the camera department, the smartphone comes loaded with 20MP of main camera with LED flash and 4K video support. On the front, it comes with 13MP of front camera.